Apart from being a renowned cricketer, Hardik Pandya has been drowned in several controversies. Check out! Hardik Pandya is one of the eminent all-rounder Indian Cricketer. He has won the hearts of many Indian Cricket fans by his outstanding right-hand batting and right-arm fast-medium bowling skills in many tournaments. He is relatively new in the Indian Cricket team. He made his first international debut in 2016 T20 International. He has been there in the Mumbai Indians for IPL (Indian Premier League).

It has been more than a year now, that Hardik Pandya appeared on the famous show Koffee with Karan, with another renowned Indian cricketer, KL Rahul. His sexist comments on the famous show hosted by the popular Indian filmmaker, Karan Johar, put him into trouble. He gabbed about how cool his family was, especially his mom. He gave a statement: “When I lost my virginity, I came home and said, “Main karke aaya hai aaj (I did it today).” He also gave statements that were really sexist and objectified women. He bragged about himself being a stud lad and having several girlfriends, and how his mom was proud of him.

Meanwhile, KL Rahul also got trapped because of these statements by the players. Both were suspended by the BCCI (Board of Control for Cricket in India) and was fined of 20 lakhs rupees each. 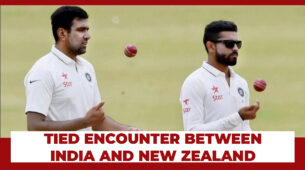