Have a look at how much Hardik Pandya loves his pets! Many of us have pets at home and we love spending time with them. Some of us are a dog person and some are a cat person. But many do have other kinds of pets too like fish, birds, rabbits, etc. Even the all-rounder middle-order batsman, Hardik Pandya is also a pet lover. He is a very dedicated player and practices hard to excel. But he also finds out time for his family and his pets. He loves animals and also loves pampering his pets.

Do you know how many pets does Hardik has? Is he a dog person or a cat person? Well, we have all the answers for you. Hardik has two dogs – Aston and Bentley. He got himself a terrier breed dog on his 25th birthday, and named it ‘Bentley Pandya’. He has been seen posting a number of pictures on Instagram with his dogs, playing, and giving them a bath. The player even claimed that he loves Bentley more than himself on Instagram.

This quarantine has made him spend quality time with his pets. Bentley receives a lot of love from him and his entire family. Apart from his own pictures of him giving fashion statements, shots of him from the cricket ground, workout session, and family, his Instagram has also full of Bentley’s pictures. He was also seen dancing and playing with his pet dogs. Hardik even posted footage of him, his beloved fiancée Natasha, and his sister-in-law making the dogs shower and bath in their lawn.

It’s very clear that Hardik loves his pets and loves spending time with them. 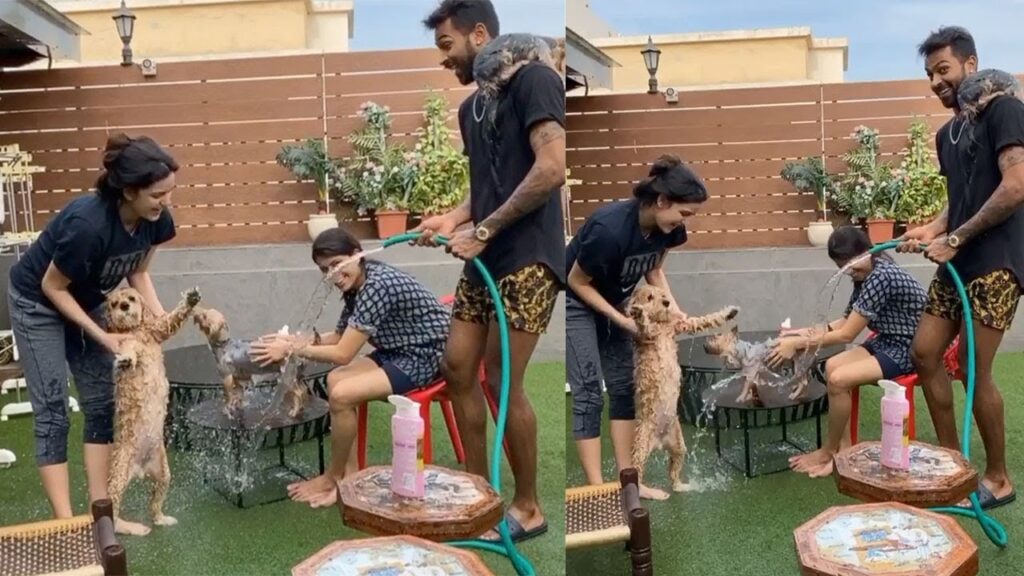