Check out who between Hardik Pandya and Krunal Pandya has got the perfectly ripped body! The Pandya brothers have done wonders with their skills on the field. The all-rounder Pandya brothers, Hardik Pandya and Krunal Pandya have made everyone amazed by their sheer power on the field. Both of them have mastered every sphere of cricket, starting from batting to bowling. Hardik Pandya, the renowned middle-order batsman has become the leading run-scorer of the team, whereas Krunal Pandya, the left-handed batsman has been no less. Apart from cricket, the Pandya brothers have got their fashion game really high. They have been seen inspiring many of their fans with their amazing style.

But who between the two do you think has got the perfectly ripped body? Hardik Pandya or Krunal Pandya? Have a look at them, and comment down your views in the comment section down below!

Let’s get this show on the road @mumbaiindians 🔥 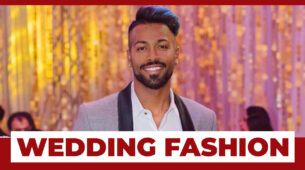 Hardik Pandya's Fashion To Follow In Your Friend's Wedding