India-Pakistan vs India-Australia: Which Will Be Your Favorite Match For The World Cup Final? | IWMBuzz
Subscribe Now
Sports | Snippets

Which one between India-Pakistan and Indian-Australia would you love to see in the World Cup Final? Check it out! 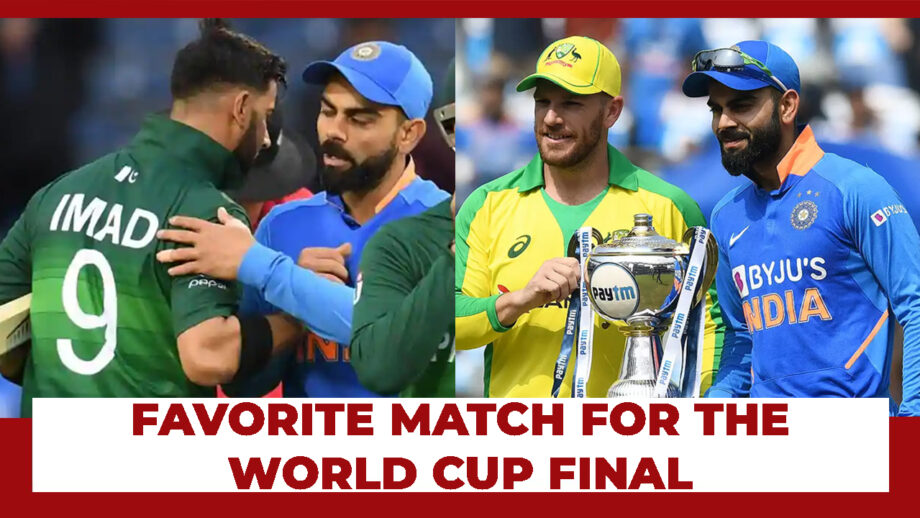 The four years wait for the ICC World Cup, is totally worth it for all the cricketers and their fans. Seeing the national teams and the favorite players on the field have always been super exciting. But other than them, the World Cup Finals have been a favorite, exciting and nerve-wracking part of it too. The champions’ name gets imprinted in history. The most exciting final match is when you get to see the top rivalries on the field. The Indian national cricket team has got rivalries as well. Pakistan and Australia are the two top rivalries of India.

India vs Pakistan matches have always been suspense and stressful matches to watch for all the Indian and Pakistani cricket fans. India and Pakistani rivalry has continued since the partition, and it has been well portrayed on the cricket fields too. Seeing the two teams competing for each other in the World Cup Final will be a great day for both the nations.

On the other hand, India vs Australia rivalry has been no less. When Australia has the highest number of wins in the ICC World Cup of total 5, India has got only 2. But India has given head to head competition to Australia. Both teams are strong enough. India vs Australia matches are very difficult to predict as no one knows who between the two strong teams will win.

Although the world hasn’t got the see India competing Pakistan and Australia in the World Cup final match, many would love to. Which one between the two will be your favorite!