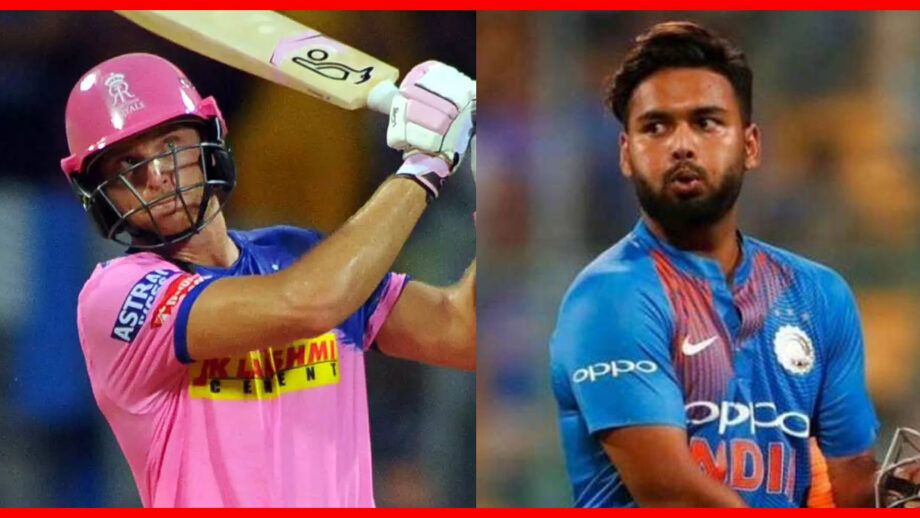 The Indian Premier League (IPL) 2020 has just begun and the craze is everywhere among the Indian cricket fans. This Indian Twenty20 cricket league has become one of the biggest leagues in the entire globe. Although because of the pandemic, IPL 2020 had to be postponed. The IPL was launched in 2008 by the Board of Control for Cricket in India (BCCI). And, now, it has turned into emotion for every IPL fan. There are a total of 8 teams who have got a huge number of supporters and fans. The IPL history has witnessed several great batsmen like Jos Buttler and Rishabh Pant on the field.

Joseph Charles Buttler is one of the strengths of the Rajasthan Royals team. The right-handed batsman has mostly been seen opening the matches. Jos Buttler has got a batting average of 40.9 in One Day Internationals (ODIs) and 26.7 in the T20s. The player has made everyone stunned with his brilliant and powerful knocks on the ground. His powerful batting style has really won the hearts of many of his fans.
On the other hand, Rishabh Pant has been no less. The player is also considered to be one of the best emerging players in international cricket. The player is an amazing left-handed batsman and a wicketkeeper. He has also got an amazing batting average of 20.5 in T20s and 38.8 in the Tests. Rishabh Pant has received a lot of success in domestic cricket as well and has done wonders in the Indian Premier League (IPL).

Also Read: KL Rahul vs Rishabh Pant: Who Has The Best Fashion Quotient?