Who between Lasith Malinga and Mohammad Shami is the perfect yorker? Comment down below! There are a lot of bowling styles in cricket, and yorkers being the toughest one. There are very few bowlers who have mastered the art of yorkers. Lasith Malinga and Mohammad Shami are the two bowlers who have made everyone amazed by their skills. In fact, both of them are great with the yorker. Lasith Malinga and Mohammad Shami have got their perfection in each and every delivery on the field.

Mohammed Shami, the Indian cricketer is a potential right-arm fast bowler who has made everyone amazed by his swings, especially reverse swings. He has dropped over 180 Test wickets, 144 in One Day Internationals (ODIs), and 12 in the shortest format. The player has been seen playing in the Tests since 2013 and has got a bowling average of 27.36 till the date. Shami’s yorker skills have made everyone’s jaw drop.

On the other hand, Lasith Malinga, the Sri Lankan cricketer, has been no less. He is the first-ever bowler to drop 100 wickets in Twenty20 International. It is really tough to criticize his yorker skills, both have done magic with it. Malinga is one of the experienced players in international cricket. Malinga has made his name as the yorker king over the past two decades.

Who do you think is the perfect yorker? Lasith Malinga or Mohammad Shami? Tell us in the comment section down here. Jasprit Bumrah vs Lasith Malinga: Who Is The Yorker King 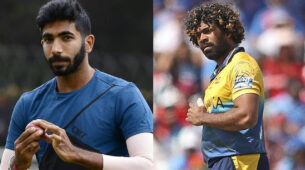 Jasprit Bumrah Vs Lasith Malinga: Who Is The Best Death Over Bowler?