Did KL Rahul have a crush on Malaika Arora for real? KL Rahul is currently recognised and hailed as one of the most good-looking and promising talents of Indian cricket and he has certainly taken giant strives forward in his career already to cement his place in the team. KL is someone who focuses a lot of his cricket and batting and with the added responsibility of being the skipper of Kings Xi Punjab this season, the pressure might have doubled.

However, in his personal life, KL seems to be quite a chilled out and easygoing person who can blend easily with people if he wants. He’s got a huge fan following among girls who crush on him big time. But readers, do you know who did KL Rahul crush upon earlier? Well, the answer is Arjun Kapoor’s current girlfriend Malaika Arora

During his visit to Koffee With Karan alongside Hardik Pandya, when Karan had asked him about his crush on Malaika, KL had accepted the same and said that he used to crush on her earlier but no more.

Well, readers, isn’t it adorable yet surprising at the same time? For more updates, stay tuned to IWMBuzz.com 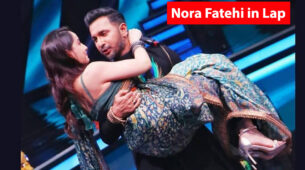