Check out the reasons why Cristiano Ronaldo is the most followed celebrity on Instagram! Cristiano Ronaldo, the Portuguese footballer has won several hearts with his amazing skills on the field. Other than playing for the national Portugal football team, he has also been a part of the football clubs like Manchester United, Real Madrid, and Juventus. Cristiano Ronaldo is also known by his iconic jersey number, ‘CR7’. He has made everyone amazed with his hat-tricks. The footballer has not only done wonders on the field but also in the off-field as well with his amazing fashion and style.

Cristiano Ronaldo is one of the top athletes in the world who has got a huge fan base. He is loved by all his fans from different parts of the world. He has gradually turned into a social media sensation as well. Cristiano Ronaldo has got the second highest followed account on Instagram with over 237 million followers after Instagram. He has set the username as @cristiano. No doubt it proves his great fanbase. Ronaldo has always been active on Instagram. There are a lot of reasons for Ronaldo to be the most followed celebrity on Instagram. The first and the foremost reasons being his talent, no doubt. He is one of the greatest footballers in the entire world. Secondly, he has also got a great fashion taste. He has become a fashion influence for many men in this world.

There are many more reasons for Cristiano Ronaldo being the most followed celebrity on Instagram. What are your views on it? Comment down below! 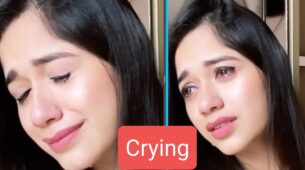 Arishfa Khan Flaunts Her Sexy Body in These Pics