They say one can judge a true human inside a human by the way he treats animals. Rohit Sharma is an Indian right-handed batsman and one of a kind human. He is the only cricketer in the history of cricket to score more than one ODI double-hundred, having scored three of them. He is fondly called and ‘Hitman’ by fans for his beautiful shots in cricket. Outside cricket, he has always been an animal lover and always inspired his fans to show love to animals. He owns a cute puppy and spends ample time with his pet.

Being a member of PETA, in an exclusive interview with PETA India Rohit shared why he loves animals and why he believes they deserve to be treated kindly. “They, too, are living beings who have rights just as we do”, the compassionate cricketer says. Rohit also reminds his fans that animals need us to help them however we can. Rohit Sharma, a staunch supporter of PETA, has consistently shown what animals mean to him by not only treating them like few humans do but also use his celebrity status as a cricketer to help the cause of PETA. In November 2017, Sharma in a video on social media said that he had tied up with an online store to merchandise mobile phone covers and other items that would use his name and ODI jersey no. 45. Sharma also said to his Twitter followers: “All proceeds from your purchases would go to an animal charity of my choice.” In 2018 on “World Rhino Day”, Sharma was announced as the WWF-India Rhino Ambassador. 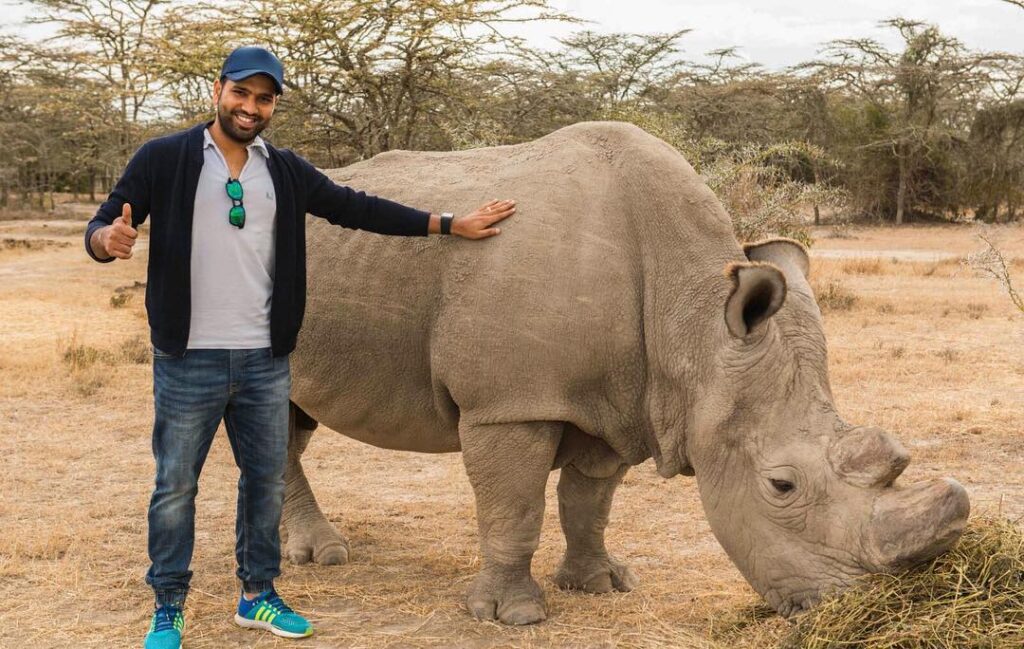