Rohit Sharma and Virat Kohli are prolific one day players for Team India. Who is your favourite? 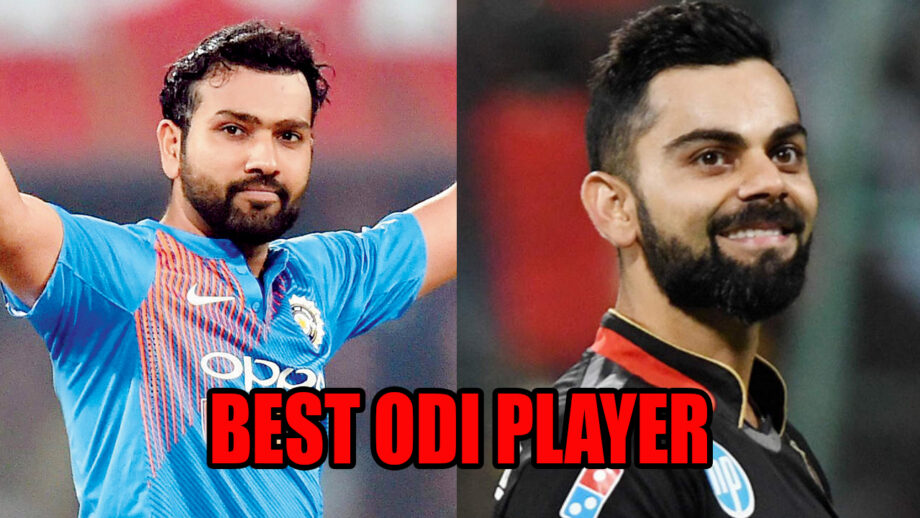 Rohit Sharma and Virat Kohli have been flamboyant One-day batsmen for India and have given the country huge pride with their career-best knocks coming in the 50 over format.

Rohit Sharma who made his debut against Ireland in one-dayers in the year 2007, has blossomed into a very fine player who can shoulder the responsibility of opening the innings and also stabilizing the upper order with his batsmanship. He scored his maiden half-century in 2007 and his maiden century in 2010. His prolific scoring has been against the top-notch teams like Australia, Srilanka, South Africa. He has played over 200 ODI matches for India and has amassed 9115 runs and has a whooping striking rate of 88.9

Virat Kohli who is now the Captain of the Indian Cricket Team in both the 5-day and one-day formats of the game is a fabulous striker of the ball. He has won a lot of glories to his team and to himself with his indigenous batting. He has played in nearly 248 matches in the 50-over format and has scored nearly 11867 runs and has the strike rate of 93.2

This shows why our one-day batting order is so strong with Rohit Sharma and Virat Kohli holding it from the front.

Now, who is your favourite ODI player?