Rohit Sharma and Virat Kohli are great captains and here is some captaincy comparison of these two wonderful cricketers... Rohit Sharma captains the Indian side when Virat Kohli is rested. He has a staggering win percentage of 88 under his belt as captain of the Indian team. Rohit’s experience in leading the Mumbai Indians side to multiple victories in IPL has helped him immensely. Rohit has been bringing together the seemingly right combinations and making them click. Hiss short stint as captain has attracted the eyeballs of experts and many feel that Rohit Sharma should lead as a captain in the T20I format.

Virat Kohli, on the other hand, is doing a phenomenal job as the captain of the Indian Cricket Team. Kohli has been smashing records as a player and has continued doing the same after being escalated to the post of captaincy. The Indian team has reached new heights under him. With a healthy win percentage of 64 under his captaincy, the Indian team stands among the top three positions at any point in time. That is the level of consistency Team India has achieved under his captaincy. Kohli has an astounding win percentage of about 76 as captain. This includes matches played in India and outside. In Test cricket, Kohli is riding comfortably with a win percentage of 57 and a loss percentage of 21. 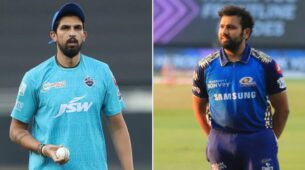 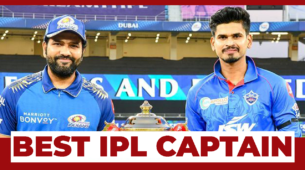