The Indian Cricket team has exceptional opening batsmen in the form of Rohit Sharma and Shikhar Dhawan. These two players can give a great start to the game in the initial overs. They are currently one of the best opening pairs in the world and are on the way to joining the list of the best opening pairs of all time for India, following the legendary Tendulkar-Sehwag and Tendulkar-Ganguly duos. With the highest of 210 runs partnership, this pair is all in to break their record.

It was the start of the 2013 ICC Champions Trophy when this opening pair met in South Africa on June 6th. Even before the game had begun, the Indian fans were in for a surprise when Dhoni promoted an underperforming-yet-backed Rohit Sharma to the opening slot to open with Dhawan. This makeshift opening pair went on to do wonders in that game with a 127-run-stand and almost six years later, this duo has become something special for Indian cricket. Both these batsmen have different but defined roles in the partnership and they have executed those to perfection almost every time. Rohit at no point tried to be as aggressive as Dhawan and Dhawan also just focused on his role instead of trying to become a Rohit or Kohli and grabbing the limelight. Having said that, there have also been many situations where at least one of them has taken slightly additional responsibility on themselves in scoring runs, especially when they know that their partner isn’t at their best. Such is the level of understanding between them that they know when each of them needs to step up.

We want to see this opening pair smashing all records and setting the bar high for the future cricketers. 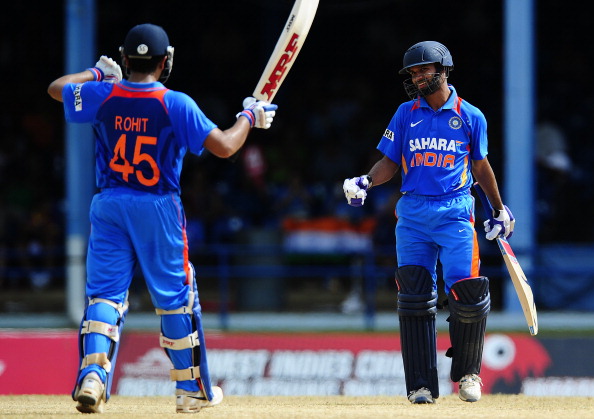