Check out the best match-winner for India! Is it, Suresh Raina or Kedar Jadhav? Indian cricket has produced many good bunches of players over the ages. The Indian national cricket team has got many talented batsmen, bowlers, fielders, captains, and wicket keepers who make the team stronger. They have played an important role in the win of the team in several matches. The Indian team has got some great all-rounders too who have mastered all the skills required. Suresh Raina and Kedar Jadav are the two Indian all-rounder cricketers who have played a crucial role as a member of the team by helping them in the win. Suresh Raina and Kedar Jadhav are regarded as the top match winners for India at the international tournaments.

Suresh Raina, the all-rounder has made his team and the nation proud of his efforts on the field. He is not only a great bowler and a batsman but also is one of the best fielders in the Indian cricket squad. Suresh has got great off-spin bowling skills and is seen as a left-handed middle-order batsman on the ground. Even though he was an occasional bowler, his acrobatic catches and amazing knocks have helped the team in winning a match many times.

On the other hand, Kedar Jadhav, another Indian all-rounder cricketer has been no less than Suresh Raina. He has stunned everyone with his performance at the international level. Kedar is known for his excellency on the field with his skills. The right-arm slow off-spin bowler has appeared occasionally on the field. But as a batsman, Kedar did wonders and pulled the team to the victory edge with his efforts.

Who do you think is the more efficient player to make India win? Suresh Raina or Kedar Jadhav? Comment down below! 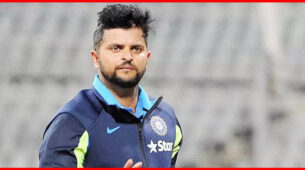 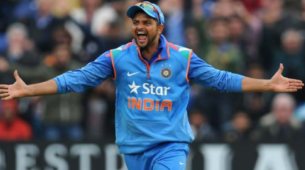