Check out the times when the former Indian cricketer, Mohammad Kaif made history with his excellent fielding skills! The former Indian cricketer, Mohammad Kaif is known for his brilliant skills and performance at the field during One Day Internationals (ODIs) and Tests. The right-handed middle-order batsman was also seen bowling occasionally with his right-arm off break technique. He also captained India national under-19 cricket during his junior days and made it win the Under-19 World Cup in 2000. Mohammad Kaif made his international debut to the senior Indian national team in 2000 Test match against South Africa. Since then, Mohammad Kaif has done wonders for 18 years straight at the international level at both the ODI ad Test format. But, apart from bowling and batting, he was also a great fielder.

Mohammad Kaif was one of the finest fielders of the Indian cricket squad, along with the former all-rounder cricketer, Yuvraj Singh. He has been the man behind several run-outs and epic catches. His contribution as a fielder to the team will be remembered forever. Mohammad Kaif’s efforts during the 2002 NatWest series was one of his remarkable performances during his career. One can never forget the time when Kaif took the English batsman, Nick Knight’s catch at The Oval. Nick faced Yuvraj’s left-arm spin delivery and made a sweep shot, and made it hit towards the left leg region. Mohammad took the catch marvelously, by running at a great speed from the square leg area towards the ball.

Mohammad Kaif will be remembered for all his amazing catches which were made possible only because of his observation skills and speed on the field. There have been many more times when Kaif created history with his catches. 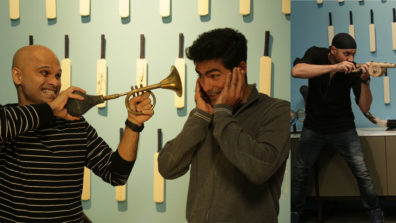