Check out these top 5 fan moments of Kapil Dev! 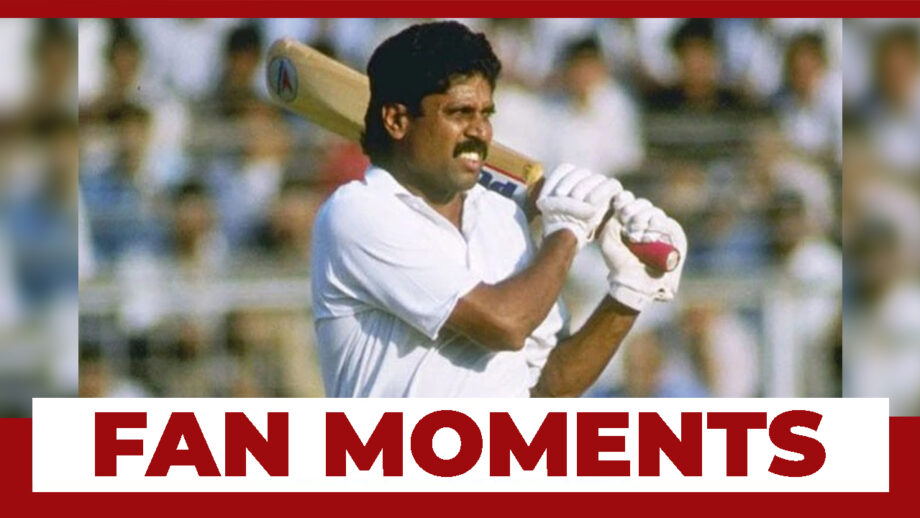 Kapil Dev, the former Indian cricketer, and the former captain has imprinted his name in the history of Indian cricket. His contribution to the Indian cricket played a very vital role, back in the 1980s. From his 9-wicket haul in the 1980 Test match, in Ahmedabad, to 1983’s India’s first-ever ICC Cricket World Cup victory, Kapil Dev has made it all possible. He was one of the top all-rounder cricketers during his tenure on the field. Kapil Dev had excellent right-arm fast-medium bowling skills, and also a great right-handed batsman. He did wonders with his batting style, tactics, strategies, and skills on the field.

Kapil Dev is undoubtedly one of the legendary cricketers of all time. He held several records at the international level. It was very difficult to face him on the field. He changed the entire shape of Indian cricket. Apart from being a great batsman and a bowler, he was also one of the best captains the Indian national cricket team ever had. Kapil Dev has made everyone tongue-tied with his performances on the field. He has received a lot of respect and support from his fans as well. People have been loving him ever since the late 1970s. Kapil Dev was the one who brought a massive change in Indian cricket and made the team reach its height. Thus, his fans loved him or rather still loves him a lot.

Here we have got the top 5 fan moments of Kapil Dev. Have a look!