Lovingly called as Mahi, this famous cricketer is the only captain in the world of cricket to win all three ICC trophies. He is one of the most remarkable people on the face of the earth and it does no harm to say that he is quite amazing as a person too. He is really much of a calm person and many people just know that much about him. Here, we bring you some facts about our very own Mahi that are not very well known.

MSD was recommended as captain of Team India by Sachin Tendulkar. The rest is history.

He made his ODI debut in the year 2004 against Bangladesh and got run out in the very first ball.

Captain cool has also made history by winning the ‘ICC player of the year’ award twice. He remains the only player to win it twice.

He sported long hair during his initial years of international cricket. He once revealed that the hairstyle was inspired by John Abraham.

Dhoni is a WWE buff. His favourite wrestlers are Bret ‘The Hitman’ Hart and Hulk Hogan.

MS Dhoni has a special love for bikes. He has 23 superbikes and is still counting!

In 296 ODIs Dhoni has amassed 9496 runs at an average of 51.32 with 10 hundreds and 64 fifties. He is the second-highest run-scorer as a wicketkeeper in one-day internationals.

He is the most sponsored athlete in India.

Indian Territorial Army honoured him with the honorary rank of Lt Colonel in the year 2011.

Stay tuned for more such facts about `your favourite stars. 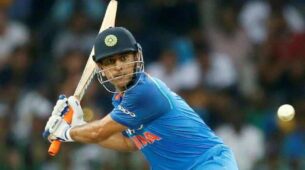 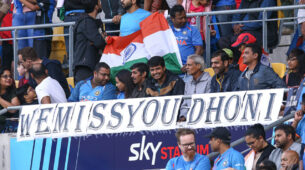 Should Mahendra Singh Dhoni Retire? What do you think? These Mahendra Singh Dhoni Hairstyles Never Fails To Inspire Us Reasons Why Mahendra Singh Dhoni Is The Captain Cool Of India