Check out the top memorable fielding moments by Jonty Rhodes! The former South African cricketer, Jonty Rhodes, was a great right-handed batsman and an occasional right-arm medium bowler. But apart from that, he was also considered to be one of the efficient fielders of the South African squad in those days. Jonty Rhodes played in both the Test and One Day International (ODI) cricket between 1992 and 2003. He was the man behind several great runouts on the field during the 1990s. Jonty Rhodes was a great and a potential fielder, socially at the backward point. The former South African player made the record of being the non-wicketkeeper fielder to take 5 wickets down in a single match against West Indies, on 14 November 1993. He also became the first South African cricketer to get 100 ODI catches in the history of cricket.

Jonty Rhodes’s sharp observation and aerobatic skills have allowed him to be one of the greatest fielders of all time. He was seen taking off jumps and getting the catch successful several times. His performance in the World Cup 1992 and 1996 was amazing. He took off several excellent catches and runouts. Jonty Rhodes has done wonders on the field with his excellent fielding skills that one will never forget. There have been many memorable catches by him in the history of cricket too.

Here we have got all the top fielding moments by fielding mastermind, Jonty Rhodes. Have a look at these stunning catches that have been caught by him during his days on the field! 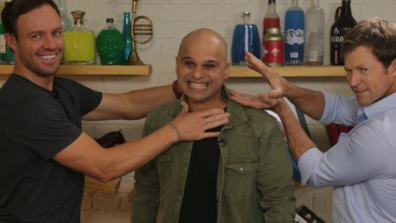