The Hero of the Hour, Rahul Tewatia of Rajasthan Royal team and his unknown facts revealed here. Rahul Tewatia is the Star of the Moment!! Why not? He took home his team Rajasthan Royals in yesterday’s (27 September) match against Kings XI Punjab in the IPL 2020 with a huge and stunning victory!!

Rahul smashing Sheldon Cottrell for five sixes in an over will surely give nightmares to Captain KL Rahul for a long time!!

Now, we take this opportunity to tell you more about this unsung hero Rahul Tewatia.

Rahul Tewatia is from Haryana and made his Ranji Trophy debut in the year 2013.

He is not a layman with the bat for sure, and has impressive scores in the 50overs domestic cricket.  He has scored 484 runs at an average of 37 and strike rate of 91 in 19 games. He has also picked up 27 wickets at a strike rate of 19.

Tewatia was a huge buy at the IPL in 2018 season when he was bought by Delhi Capitals for 3 crores. He was later picked by Rajasthan Royals.

His name will now be etched in history books as the cricketer to have done really well by being part of the record chase against Kings XI Punjab in IPL 2020.

Wow!! He is surely a cricketer to watch out for!! 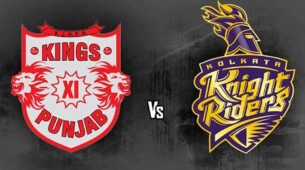