Virat Kohli and Eoin Morgan are extremely successful skippers and they maintained their form despite the captaincy. We give you a chance to pick the captain of your choice amongst these two. Virat Kohli is doing a phenomenal job as the captain of the Indian Cricket Team. Kohli has been smashing records as a player and has continued doing the same after being escalated to the post of captaincy. The Indian team has reached new heights under him. With a healthy win percentage of 64 under his captaincy, the Indian team stands among the top three positions at any point in time. That is the level of consistency Team India has achieved under his captaincy. Although he is aggressive in nature, his captaincy is undisputed.

On the contrary, we have Eoin Morgan, an Irish-born cricketer who captains the England cricket team in limited-overs cricket. Under his captaincy, England won the 2019 ICC Cricket World Cup, the most-awaited and priceless possession for England. Morgan is the all-time leading run-scorer and most capped player for England in ODI matches. England changed drastically from a conservative limited-overs side to one of the most feared batting units in the world in white-ball cricket under his captaincy.

Both these captains have made a remarkable contribution to their respective teams as leaders and are continuing to do so. Who would you pick as your captain of choice? 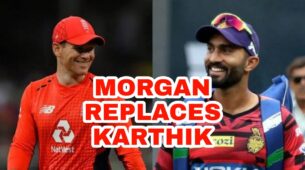