Check out the MS Dhoni vs Virat Kohli Rap Battle 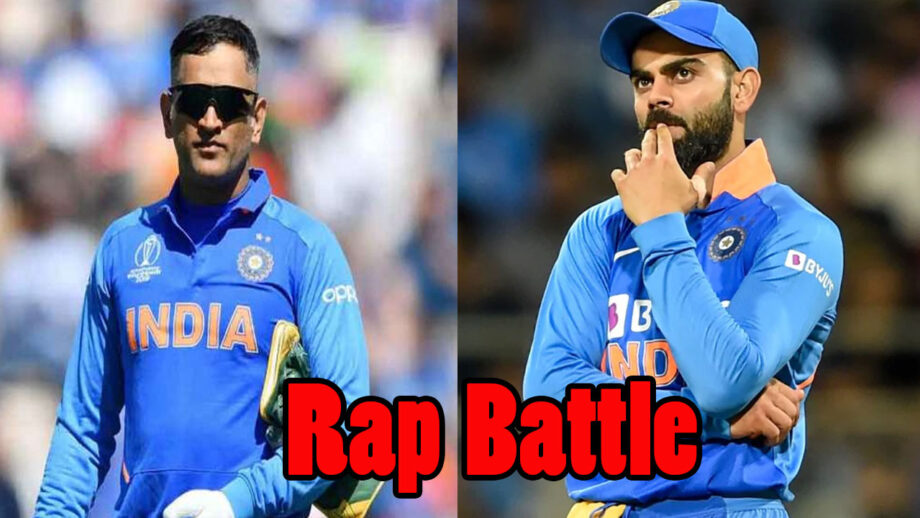 MS Dhoni and Virat Kohli are extremely talented cricketers and under their captaincy, the Indian cricket team made it to great heights. Both these skippers are known for their great leadership skills and for maintaining the bonding between the team. While MS Dhoni is the only captain in the world of cricket to win all three ICC trophies, Virat Kohli brought the Indian team to the top three positions. The former captain was known for maintaining his calm even in heated situations and contrary to that the current captan is full of aggression and uses it at the right place to boost the confidence of the team.

A rap describing the great qualities of both the skippers and a rap battle between these two is the best thing we could see on the internet today. It describes the perfect qualities of both these phenomenal captains and cricketers. It describes MS Dhoni’s role in leading the team to the much-awaited world cup win whereas Virat Kohli’s healthy win percentage. The current captain is known as one of the best batsmen as well as a great fielder and MS Dhoni is undoubtedly the best wicket-keeper Indian team had. As cricketers, MS Dhoni and Virat Kohli have made some great records and making a comparison between these two players and selecting the better one is extremely difficult.

Here is the video of the rap battle of MS Dhoni vs Virat Kohli.