Will Rohit Sharma Eventually Make It To The Tour Of Australia? | IWMBuzz
Subscribe Now
Sports | Snippets

Rohit Sharma seems like will finally make it to the Indian Team to tour Australia. Read here. Reports suggested that the nagging hamstring injury to Rohit Sharma may be the reason for him omission from the team. However, with Rohit Sharma getting back to the IPL team just before the playoffs of IPL 2020, talks of him being fit and yet not considered took momentum.

Now, recent reports in timesnownews.com suggest that Rohit Sharma might indeed be flying with Team India for the Australia tour, especially for the Test Matches.

It is also a fact that Captain Virat Kohli has announced that he might not be available for National duties, for the third and fourth tests against Australia as he needs to be back home with his wife Anushka Sharma, during the birth of their first baby.

With Kohli being unavailable, Rohit Sharma is the first option for Captain of the National test team and this also weighs in favour of Rohit Sharma.

At the moment, there are reports of him flying with the team, with the team physio keeping a constant check and watch on Rohit Sharma’s hamstring. And it is believed that Kohli’s absence will see Rohit Sharma donning the Captain’s hat.

So Rohit Sharma fans have indeed a reason to smile now!! Isn’t it? 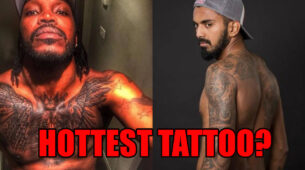