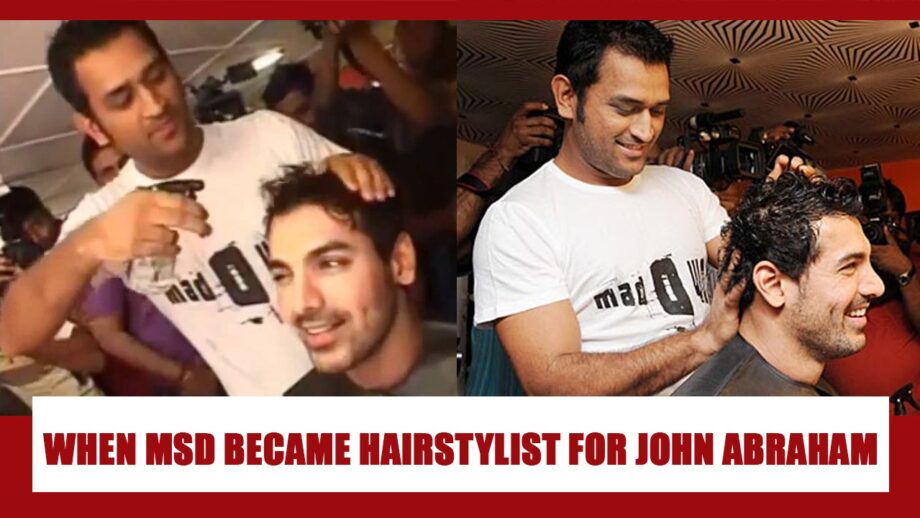 MS Dhoni and John Abraham have shared a great bond of friendship and mutual camaraderie for a long time. The closeness is such that John was reportedly one of the very few Bollywood celebrities who was also a part of MSD’s wedding celebrations way back in 2010. MSD and John have on a number of occasions been spotted together at their respective houses chilling whenever they get some time off from their busy schedules.

But readers, are you aware of the fact that once MSD actually became John Abraham’s hairstylist and gave him a nice haircut? Wondering when and how? Check out the video below –