We all know the pretty lass Bruna Abdullah is now expecting her first baby with fiance Allan Fraser. However, if rumours are to be believed then the two recently have tied the knot in their quick getaway babymoon in Thailand.

If sources are to be believed, we get to hear that it was an impromptu call that was taken while on a trip the duo had been engaged since a while and marriage was any way the next step to take hence it was a decision that was taken at the spur of the moment. Bruna also uploaded a picture of her and her fiance Allan on Instagram lately and we did spot a ring in it, the same ring was spotted while they got back from the vacation in Thailand.

Bruna and Allan remained unavailable for comments but the actress had mentioned that marriage is on the card she just is not sure when. 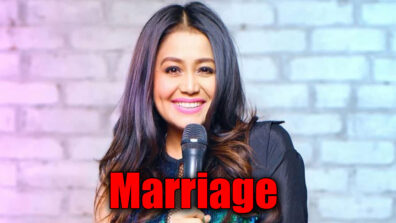 OMG!! Neha Kakkar is getting married RadhaKrishn: Balram and Revati to get married