Learn from Erica Fernandes to style your pantsuit looks.

Pantsuits are trending all over social media. It is a way of breaking the stereotypes attached to the female gender, who are always expected to be seen in girly outfits. Pantsuits are easy to wear and every woman should own at least a pair. The set can be versatile, as one can use the blazer and pants as individual pieces too. Here is Erica Fernandes to show you various ways to style your pantsuit looks.
Erica Fernandes is an Indian Television Actress, who is famous for her roles in the serials Kuch Rang Pyar Ke Aise Bhi and Kasauti Zindagi Kii. She plays the character of Dr. Sonakshi in Kuch Rang Pyar Ke Aise Bhi, where we recognize her in Indian looks, mostly Indo- western outfits which inspired many of us. In the latter serial, the audience loved her in Indian attires and how she styled her traditional looks like sarees and dresses. Erica Fernandes is truly a talented actress, who made us believe in every character she played as it is one of her personalities. Although she has portrayed roles which demand traditional outfits, one might be taken by surprise with the uploads on her Instagram that represent just the opposite of the characters she depicts on the television.

The first look features a three-piece suit. The outfit consists of a vest, pants, and blazer. It is an all-black three-piece suit which she has paired with a white shirt. For accessories, she is wearing a bow-tie and a flower, giving us the best woman vibe.

The next look is a casual one. She is wearing an oversized blazer with mixed prints and colors. One side of the blazer is in solid red color whereas the other side has black and white stripes. She paired the blazer with light blue jeans and a white shirt.

The last one is appropriate for a formal function. She is donning a white color pantsuit. The top is a blazer that is slightly flared at the end and has golden buttons. The pants are a pair of straight-fit trousers. 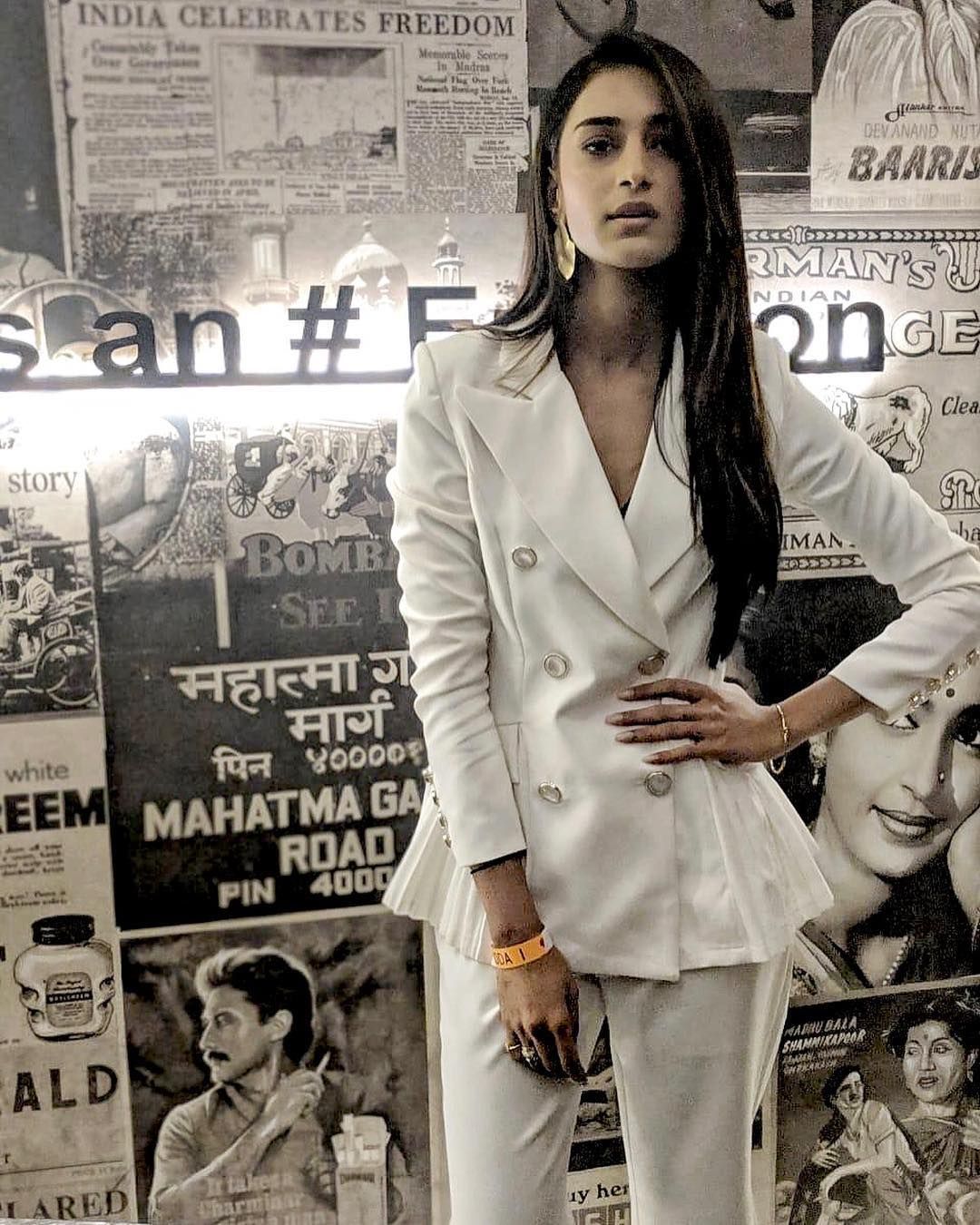 Devyani in Ghum Hai Kisikey Pyaar Meiin is a landmark role in my caree...

Sonakshi's character is too dear to me: Erica Fernandes on Kuch Rang P...

Learn It From A Pro: Take Hints On How To Style Your Black And White B...

Who did you prefer in the black lace saree? Was it Anita Hassanandani...