The Game of Thrones Fame, Sophie Turner is undoubtedly one of the most loved Hollywood telly actresses. Portraying the character of Sansa Stark on the show, Sophie Turner has gained a lot of appreciation for her acting skills. Sophie has got a huge fan following around the world. Sophie is also well known for her outstanding fashion choices. There isn’t a single time when Sophie has failed to grab everyone’s attention. Sophie can pull off any look, from red carpet to a sporty dungaree look, she can style any outfit with perfection.

No doubt that Sophie Turner is a Global fashion star. Sophie has got a good taste of fashion. Sophie is one of those few ones who never shy away from making bold appearances in public. Sophie Turner’s fashion has evolved through the years. From sheer tops to hot pants Sophie Turner sets perfect examples of donning an outfit. Even during her maternity days, the actress is making style statements in maternity outfits. Sophie Turner always oozes the hotness meter high.

1. Sophie was seen wearing a hot pink Louis Vuitton gown with a slit.

2. At the Emmy Awards after party wearing a Louis Vuitton dress. 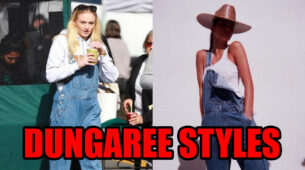 Must Read: Best Quotes from Game of Thrones Which Are Apt in the Real World 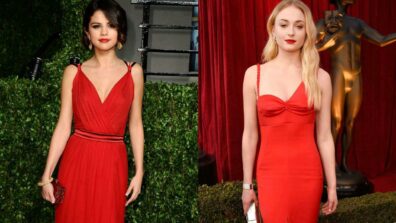 When Priyanka Chopra and Nick Jonas get at their romantic best