Manmohan Tiwari who plays the obsessive lover Sanju in Kumkum Bhagya gets into a conversation. 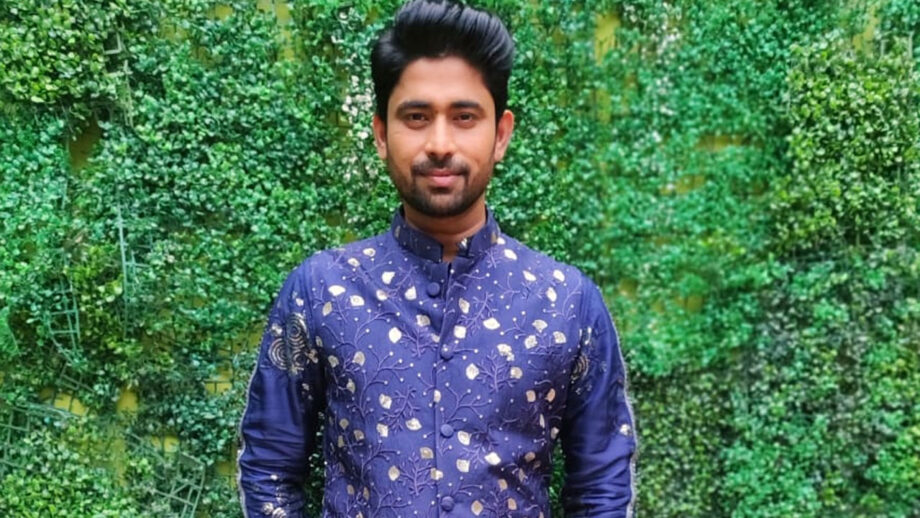 Manmohan Tiwari is known for his effervescent comic timing and great portrayal in the shows that he has been part of.

In Kumkum Bhagya, Manmohan Tiwari plays the role of Sanju who started off as a very warm and fun-loving, humorous character but has now gone on to become an obsessive lover of Prachi (Mugdha Chaphekar).

In the &TV show, he plays the very silent and somber guy Pappu, who is dominated by his wife as well as the mother.

Says Tiwari, “I play a simpleton role in Gudiya Hamari Sabhi Pe Bhari. It is a very realistic character, that of a guy who is pressurized by his mother as well as wife. The character is etched so very well that he makes one and all laugh. It is a cute show and is doing well on &TV.”

“Sanju in Kumkum Bhagya is totally different. He is a rich spoilt brat, who has developed an obsessive love for Prachi. The character has gained popularity with time, and Sanju is here to stay (smiles),” adds Tiwari.

Manmohan Tiwari who is noted for his ‘Hatke’ negative roles feels that the era of out and out negative guys on TV is gone. “The era of Amrish Puri is gone. We are in the Prakash Raaj era now. Being an actor, when I am on the frame and viewers see me, one should love to hate me or you should hate to love me. It is great to bring in the comic flavor in my negative role. I promise that whenever I am on screen as Sanju, I will either scare viewers or make them laugh. The main motive is to provide entertainment in the role I play.”

“Do you remember Prakash Raaj in Singham? He used to make you laugh as well as scare you. So my role is similar to this, wherein I provide wholesome entertainment,” Tiwari shares.

Tiwari was also seen recently in a special cameo in Colors’ Vidya wherein he played the husband of the lead, essayed by Meera Deosthale.