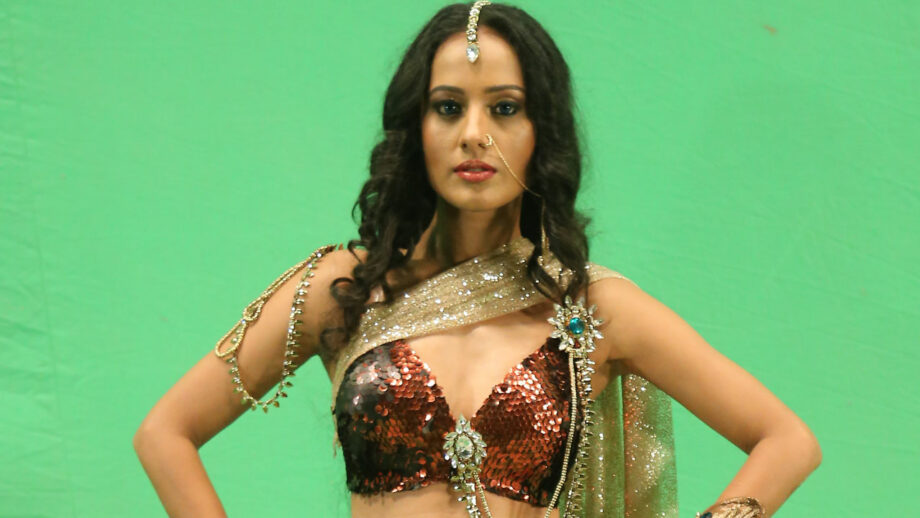 Pretty girl Heena Parmar, who enthralled audiences as Madhvi in Star Plus’ Love Ka Hai Intezaar, will be seen in the avatar of a Naagin in &TV’s Main Bhi Ardhangini.

The show is all set to present a new and intriguing plot with two new interesting supernatural characters. Alongside, the crew will also bid farewell to two of its vital characters who have been in the show ever since its inception – Madhav (Avinash Sachdev) and Vaidehi (Aditi Rawat), whose romantic journey gave the viewers a fresh and bold love story, then eventually, both the characters’ journey coming to a shocking end.

Talking about the character, Heena says, “I always pick characters that are performance-oriented. When I learned about the show, I went for an audition and got selected for the same. The layers of the character attracted me towards taking up the show. The audience will definitely compare me with other Naagins. When you pick up a show, every story revolves around the bahus of Indian television. Although every story is different, it revolves around a girl. Similarly, every Naagin’s story is different. I will focus on my performance and bring a different flavor to my character. Main Bhi Ardhangini’s Mohini and Adhiraj’s animal wala love will be the USP of the new plot.”

Ask about the trend of supernatural shows, she adds, “Audiences have seen a lot of saas-bahu dramas. Later, the makers tried a new story around Naagin and that worked on TV. Hence, it became a trend. The audience is God and makers work according to their taste. I have never followed a supernatural show. I don’t know how the other actresses have performed as Naagins. I am watching Animal Planet and have observed their behavior and moves. I want to bring the real naagins’ reaction to my character. I am trying to do so. However, I have watched Sridevi’s Nagina and would want to grab the energy level of that character in my role. I hope the audience likes it.”