Gorgeous beauty Asmita Sood can charm anyone with her affectionate and warm personality. The pretty actress is currently seen enthralling audience as Setu in Sony TV’s Dil Hi Toh Hai.

Talking about the same, she says, “It has been an amazing experience working for the show. Even though it is hectic, the team working behind it is great; so there is no stress. I have an amazing ensemble cast too. I have not got an opportunity to shoot with the entire team as we have different shifts but they all are nice, hence the final product (our show) is perfect.”

Asmita started her career as a lead heroine in Badtameez Dil. When asked why she opted for a parallel lead role, she says, “Setu is a parallel lead but it is a strong character. I did Meher, which was equally a strong headed woman. Setu is a journalist, which is not a typical lead character. I don’t want to do a rona-dhona role. While, I was waiting for something good, I was only offered normal role, which had no spark. Hence I was away from TV. I found this role interesting and agreed for it. I am sure the makers would have not casted me, if there was nothing meaty about it. I would tell the fans to wait and watch for the upcoming storyline. And also I wanted to work with Balaji Telefilms as they know how to do justice to a show. I had quite a lot of hits and misses with respect to working with them in the past.”

The actress hopes to do thriller, comedy genre soon. “I think love story never fades, so I would want to do an unpredictable love story. Apart from that, I would love to do thriller (like Sherlock Holmes) and comedy (like Friends) series. I can do comedy better, but crying is not my cup of tea. I am also not okay with supernatural series as I have never thought of it.”

If not working, Asmita loves to shop and relax. 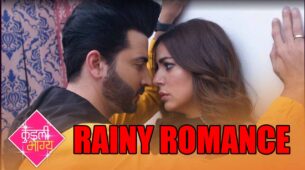 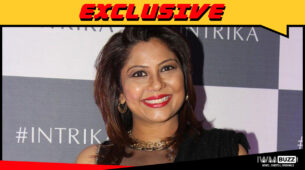 Maninee Mishra to stage a comeback in Colors’ Pavitra Bhagya