“To be honest, I don’t like whatever is happening in the house, especially the mean stuff over food, slut shaming, and yes, constant pushing and jostling. So I don’t follow it regularly, but just check out the weekday snippets. And yes, I am a big fan of Salman, so still religiously check out Weekend Ka Vaar, when he says the brutal truth about one and all. Bhai is the best.”

“Among all the current inmates, I only seem to like Asim Riaz, for that bloke is genuine and it reflects on his face and actions. His fights are real, for he reacts to the situation as any normal person would do. He is not faking it as several others. I really felt bad when Paras Chhabra took a dig at him regarding his wealth.”

“You need to understand that just because a person is aggressive, that does not mean he is scheming. We have not seen the entire footage, so maybe other contestants did press his wrong buttons.”

“It is no mean feat that despite being a non-celeb, he is trending so much (he is beating her record of 1 million tweets). He is just like me. I was as real as him. If you had noticed, I happily served to my biggest opponents. Even money-wise, sometimes if I feel my rivals need dough, I will still help them, as humanity should always top all.”

In closing, when we asked about the entry of Vikas Gupta as a replacement of Devoleena Bhattacharjee who had to quit due to a spinal cord injury, she said, “No comments”. Both Shilpa and Vikas had major issues with each other in season 11, which also stemmed from the fact that Vikas was an important executive in &TV and Shilpa had to quit its flagship show, Bhabiji Ghar Par Hain, due to issues with producer Benaifer Kohli. 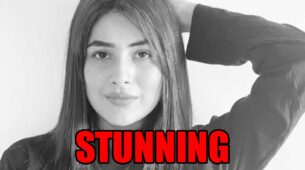 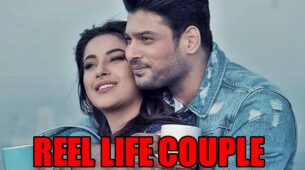