Rajesh Khattar gets into a conversation with IWMBuzz.com about his role in Colors’ Bepannaah. Says Rajesh, “This is the first time I am playing a renowned judicial officer. Over the years, lawyer characters have been pivotal in many films and TV shows. Harshwardhan Hooda might have his flaws, but he loves his family. Interestingly, son Aditya (Harshad Chopda), who can’t forgive him for hurting his mother, has a love-hate relationship with him.”

“The best part is that, unlike my last show with the same production house (Cinevistaas Limited), Beyhadh, where Ashwin Mehrotra was a clear-cut greedy guy, here you don’t know what Harshwardhan Hooda will end up doing next. There is more about him that will be unraveled over time. This gradual unveiling of all characters is winning the audiences’ love. The recent court case, where he gets Aditya and Zoya (Jennifer Winget) off a murder trap, was a high point. Many did not expect Hooda to rise up to the plate, which he did. As an actor, I tried to play the lawyer part as realistically as possible, not wanting to reduce the scene to normal courtroom caricature, given the seriousness of the scene.”

The icing on the cake for Bepannaah is that, apart from the most important human drama (meeting of two star-crossed lovers), the thriller element also adds weight. Also, all the characters have their own flaws; even Aditya is impulsive and Zoya always needs to be taken care of,” says this highly talented artist, who has also dubbed for the Hindi versions of several Hollywood hits.

Rajesh, who has been around for years, laments the current TV state, where the emphasis is on the young, inexperienced leads, forcing the character artists to hold ship. “Despite this, some producers don’t want to pay good money for talented character artists fitting their characters. This is not done, for good artists, who raise the bar and also bring in eyeballs, will obviously not come cheap. Let’s face it, we all do TV for the moolah. There is no real creative satisfaction. There are a large number of scenes that don’t really tickle the actor within, and, many a times, character graphs change by 360 degrees overnight.”

“All said and done, such penny-pinching producers end up harming their own products, for it leads to poor performances, which in turn, affects ratings,” he strongly avers.

Rajesh, continue to rock the stage of Bepannaah!! 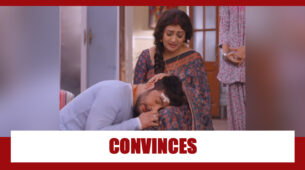