In conversation with Ram Yashvardhan Ram plays the character of Rivaaj, who is a stalker.

Talking about the role, he shares, “I was impressed by the concept of the show and hence agreed to do the series. The show is a lesson for both the genders. When I bagged the role, my family was excited and I was nervous.”

When we ask him about the preparation of the role, he adds, “It took five months to get into the look. It was challenging to beef up. I gained 10 kilos for his role. As an actor, I believe in giving my 100 per cent to ensure that complete justice is done to the character. It was a tough routine that my gym instructor had put me on to achieve the desired physique. I had to work on the voice modulation and accent was difficult to adapt.”

Ram never judged the role as a negative character. “I never thought that the character is negative and I am debuting with such a dark shade character. I was not skeptical to get stereotyped. I am playing a character which has various shades. It is a dream come true role.”

On an end note, he adds, “I feel stalking is a very serious topic but people tend to ignore it. It should be raised and stopped as most of the crime start with stalking. The show has a great message which made me take up this series.” 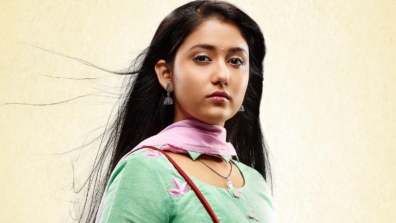 I am happily married and it’s not a secret anymore: Ram Yashvardhan Priyanka Chopra inspired me to take up acting: Manul Chudasma