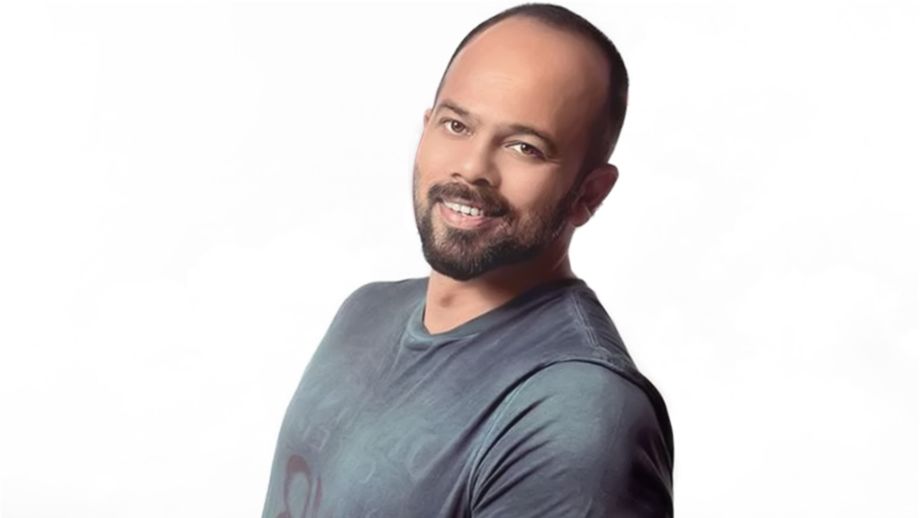 Rohit Shetty, dashing host of Khatron Ke Khiladi season 8, is  pleased as a punch for his Colors’  show has become a chart buster.

“I guess what has worked is the complete package, not only the stunts, but the slick editing by the technical team and last but not the least the humour element.”  Here, he also adds that the format was changed a lot from the last season.

“We also shot extensively (45 days), also the writing is great, there were some people in the technical team who were not there last season have also rejoined, which has helped.”

Talking about the contestants, this ace director (Golmaal series Chennai Express and Dilwale) says, “Nia Sharma is very young, yet a very strong gal, who does what she feels, if she is scared she will scream and shout.  To be honest looking at her petite size, I never thought she will reach this far. But she has and above all she is not scared of heights.”

Among the guys he feels that the trio of Ravi (Dubey), Rithvik  (Dhanjani) and Karan (Wahi) apart from performing very well on the stunts have played a very important role in providing entertainment as well.

“I guess the choice of contestants and content on offer is the big differentiator this season,” feels Rohit.

Talking about the elimination of most talked about contestant Geeta Phogat he says, “Sometimes it is just not your day.  A lot of other factors such as weather, time of the day when stunts are performed and the stress levels taken in conjunction with your earlier stunt also play a part. I hoped she would go the whole hog, but these things happen in the heat of the moment.”

What about Shantanu Maheshwari? “This fearless kid has his own unique take on performing stunts, which goes against the conventional grain, yet it works for him.”

Furthermore, he is game for hosting next season of KKK as well, “Yes it all depends on the channel but the timing will also be important, I should be free then.”

Here, he admits that he was first scared when he hosted his first season of KKK back in 2015, “After having Akshay Kumar and Priyanka Chopra, when they approached me I was surprised.  But then decided to approach it from a director’s point of view.  Accordingly we changed the format, i.e. not all contestants would perform one stunt. I always keep one thing in mind that the viewer attention should not shift and that can only happen if you provide quality entertainment. It worked back then and guess same thing continues even now.”

It is no denying, that KKK and Rohit have become synonymous. Great work, indeed.

So does he fancy being part of or anchoring show in another genre? “I have been offered a couple of dance shows, but I don’t think it fits my personality. “Doing other formats is much easier,  wearing  a fancy suit, you just give one day of your week, but out here you end up giving  17 hours in a day to the show  and even before flying out  a lot of time goes into planning and logistics as well.”

In closing, he refuses to name any favourite to lift the trophy, “Let the best man or woman win.”