Although Adhvik Mahajan plays a human in Star Plus supernatural show, Divya Drishti, the emphasis never shifts away from him.

“Agreed both Divya (Nyra Bannerjee) and Drishti (Sana Sayyad) use their special endowments to battle the evil Pisachani (Sangeeta Ghosh), but the entire story is written in such a way that nothing can happen without my character, Rakshit Shergill.”

“I am enjoying romancing two beautiful and highly talented women at the same time. This is possible in reel life. I would have landed in a soup had I tried it in real life (smiles). On a more serious note, people like drama which takes them away from the rigours of everyday life. Did something similar not happen in films like Singham and Simmba?” says he.

When asked to compare himself with his on-screen avatar, this Punjabi lad says, “We are poles apart in attitude. In real life, I am quite simple and casual. Having said that, now after playing Rakshit for about 4 odd months, I have become very comfortable in his skin, as you get clarity of the character and understand what is required of you.”

Adhvik further says, “I would regard this role as one of my best, for it is finally getting me the love, recognition and respect that had been missing despite having done a fair share of work before (Bani: Ishq Da Kalma and Meri Durga). I guess until and unless you don’t get to play all the shades of a prototype TV lead, i.e. romance, action and heroism, you can’t be called arrived.”

Point out that he seems to revel in the fantasy and supernatural genre, as prior to this show, he was a part of Naagin as well, he says, “Well, first thing, there I did not have a long role. Also, my ACP character was very normal compared to the action done by the snake women (Anita Hassanandani and Surbhi Jyoti). I always wanted to be Tipu Sultan - Adhvik Mahajan 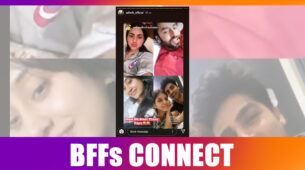