Actress are loved due to their fame and acting that they portray through their role and appearance. This is what all makes them the Tv Queen. Let us have a look over Hina Khan and Divyanka Tripathi as One them to be the Tv Queen. 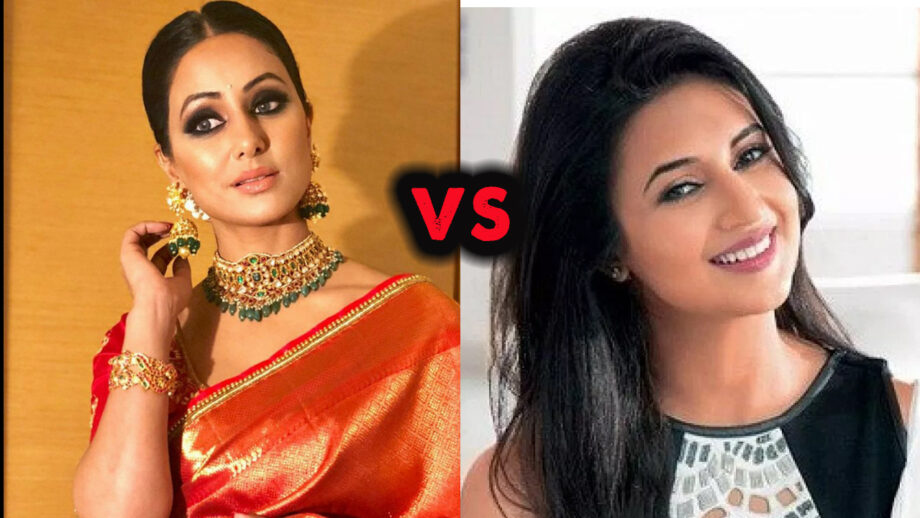 Divyanka has been a hard worker since childhood. She used to take part in the drama, plays, and telefilms in her hometown Bhopal from a very young age itself. She started her television career after She won the ‘Miss Bhopal’ title in 2003, that was the point as which Divyanka’s success started.

The acting wasn’t always her first choice and her father wanted her to be part of the National Cadet Corps (NCC). She also aspired to become an army officer.

She won the talent hunt show “The Zee Cine Star’s Ki Khoj,” Indore in 2004. Her father used to accompany her to various auditions, all the way from Bhopal to Mumbai via bus, during her struggling days. She started her career with Doordarshan’s daily soaps.

She became famous after a double role in Zee TV’s serial “Banoo Main Teri Dulhann,” opposite Sharad Malhotra. She along with her husband Vivek Dahiya also won the ‘Nach Baliye 8’ trophy along with a cash prize of ₹35 lakh. Divyanka, has worked very hard and that’s what led her to so much success and fame, she deserves it all.

Hina Khan an amazing and talented actress that we see today earthier aspired to be a journalist. Acting happened to her by chance as after completing her studies she had applied for an air-hostess course, but due to malaria she wasn’t able to join it and luckily she got an acting offer.

She rose to fame with her role of ‘Akshara’ in Star Plus’ popular serial ‘Yeh Rishta Kya Kehlata Hai.’

She joined a 2-week acting crash course from Amardeep Jha acting classes before joining ‘Yeh Rishta Kya Kehlata Hai.’
In 2013 and 2014, she was ranked #50 Sexiest Asian Women by Eastern Eye. In 2014, she won the prestigious ‘Dada Saheb Phalke Award’ for Best Actress – Popular.

Well, both are queens and both work in the TV industry so technical both of them is the TV queen, now the question is who do you like better….

Hina Khan is ecstatic on getting KISSED by Karanvir Bohra

This is what Hina Khan is doing during quarantine, check hilarious video