Donal Bisht who was last seen in Dil Toh Happy Hai Ji is looking at the web platform for her next big break. Read here. Says Donal, “After having made a niche for me with shows Ek Deewana Tha and Roop – Mard Ka Naya Swaroop, it is essential to try out other mediums as well. Let me be clear; I will always hold TV very high in my heart and will never close doors on it.”

“One of the reasons for the break was that I too need time for myself. I am now travelling to Dubai and Ladakh, giving me a chance to recharge my batteries.”

“Being a pragmatist, I know I will not land a film role opposite A-listers. But yes, I want something along the lines of Ayushmann Khurrana type content-driven films, eg. female-driven scripts like Chhapaak and Raazi). I don’t want to make the mistake of doing small films which end up going nowhere, as it besmirches my name. I rather wait, having age on my side,” says this journo turned actor whose last show was Dill Toh Happy Hai Ji.”

“As for the web, I have been offered a couple of projects which might merit my interest. My biggest grouse with stand-alone digital is that you need to kiss and do lovemaking scenes in most cases. I am sorry I can’t drop my clothes either. I can wear a bikini on the beach, though.”

“I will not do things only for money, had that been the case I would not have left TV which was paying me a bomb.”

Here Donal adds that “Social media has given me non-bahu image which afflicts other TV biggies like Hina Khan and Jennifer Winget, thereby restricting their options. I still have the romantic girl avatar, giving me a better window in both the web and TV.”

In closing, Donal says, “Today the chasm between TV and cinema is narrowing, gone are the days when TV actors were not considered. Now we are welcome for our ability to deliver a one-take shot.”

Best of luck for your next, Donal!! I am excited to be a part of Naagin 4: Jasmin Bhasin I am happy to be part of Yehh Jadu Hai Jinn Ka which is rating really well: Vikram Singh Chauhan 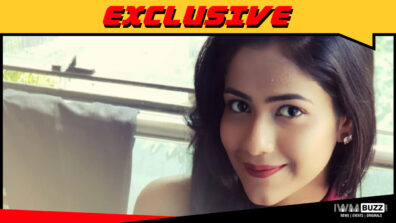