The actor is excited to don a new avatar for the popular show. Talking about the series to IWMBuzz.com, Shivin shares, “The show Beyhadh is known for its storyline and characters and for any actor to work with such a team is like a dream. Whenever a sequel comes out of a popular show, the pressure is maintained. Hence we are working harder to make season 2 more successful.”

Commenting on the preparation for his role in Beyhadh, Shivin says, “Acting is a difficult job. However, whenever a project is offered, we work on the character and give our best to make it special for the audience to watch. I am working hard for Beyhadh 2. My bond with Jennifer Winget and Ashish Chowdhry is amazing. Both actors are very sweet and the entire team is great to work with.”

Watch the video to know more about the show. 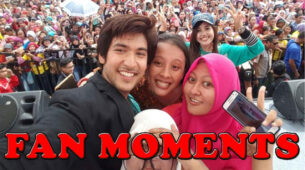