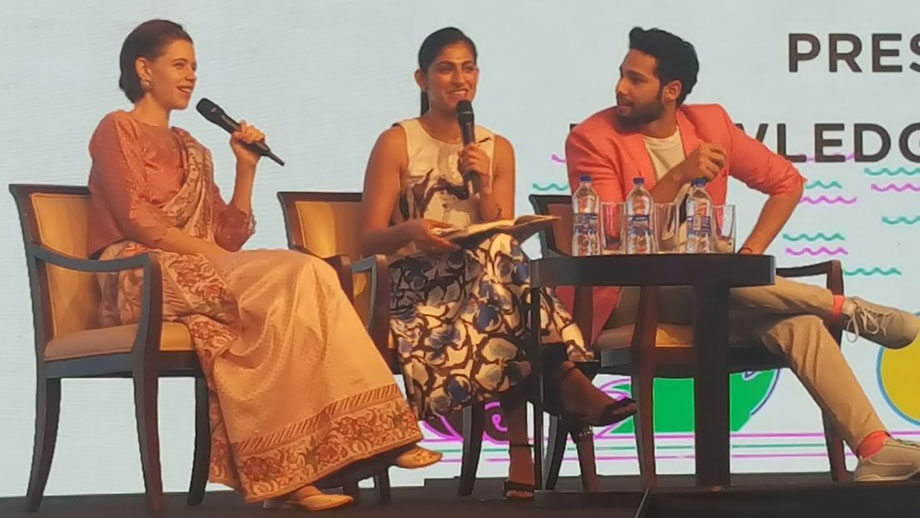 It was a rather meandering conversation between emcee Kubbra Sait (Sacred Games fame), actor Kalki Koechlin and new kid on the block Siddhant Chaturvedi, who rapped his way into audiences’ hearts in critically acclaimed movie Gully Boy.

While the conversation on struggle and journey so far and choices of films lacked luster in terms of engagement and intrigue, young Siddhant set the stage on fire when he was asked about the prevalent practice of nepotism in the Indian film industry.

Kalki drew a rationale stating that like any other art form, acting too, for star kids, need to be honed and treated with respect and seriousness minus the privilege.

However, it was Siddhant, who made the audience go all clappy and clickety when he made a rather snarky comment at the Goafest 2019: “Nepotism will stay. It’s a different planet altogether. It’s good for us as it is an opportunity. It infuses mediocrity in the business. What else can a star kid do? This is where we work hard and prepare. Outsiders have always come from the days of Amitabh Bachchan, Shah Rukh Khan to now Vicky Kaushal, Ayushman Khurana and me, and it will continue to be so.”

All of 25, young, good looking and passionate Siddhant has made quite a statement. A moment of blood rush or it’s a real sentiment which the actor -who dreams to be a big star to work at will- harbours as his true work ethic? Only time will tell.

Siddhant also impressed masses with his performance in web show Inside Edge.