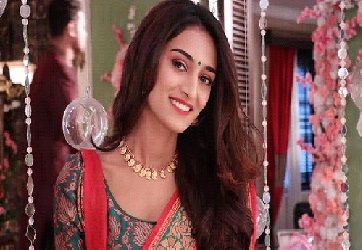 Ekta Kapoor admitted in an interview that she was totally taken by this new face that was all over Kolkata, in the promo of Kuch Rang Pyaar Ke Aise Bhi. Apparently, she was only waiting for this stunning actress to finish with her commitment to this serial and she was already waiting to immediately offer her serial as Erica’s next venture.

At the launch event of the reboot version of Kasautii, Ekta told media how this new face had caught her eye and totally mesmerised her with her stellar look and acting chops in just the promo of Kuch Rang Pyaar Ke Aise Bhi. She also went on to add that once she found out that the actress she had seen in the trailers was Erica Fernandes, she had made up her mind to work with her in that moment itself. We aren’t even surprised to hear this because with her acting, looks and personality all rolled in one, Erica sure has earned it! Be it her girl-next-door portrayal of Sonakshi Bose or her absolutely stunning chemistry with the co-star, fashion icon Erica Fernandes essayed that role to perfection.

This household name was sought after for the role of Prerna in Kasautii Zindagii Kay 2 and Erica Fernandes left no stone unturned in prepping up for it. She wanted to make sure that her portrayal of Prerna does justice to Shweta Tiwari’s evergreen character of Prerna, which was already a household brand. We think she is killing it!