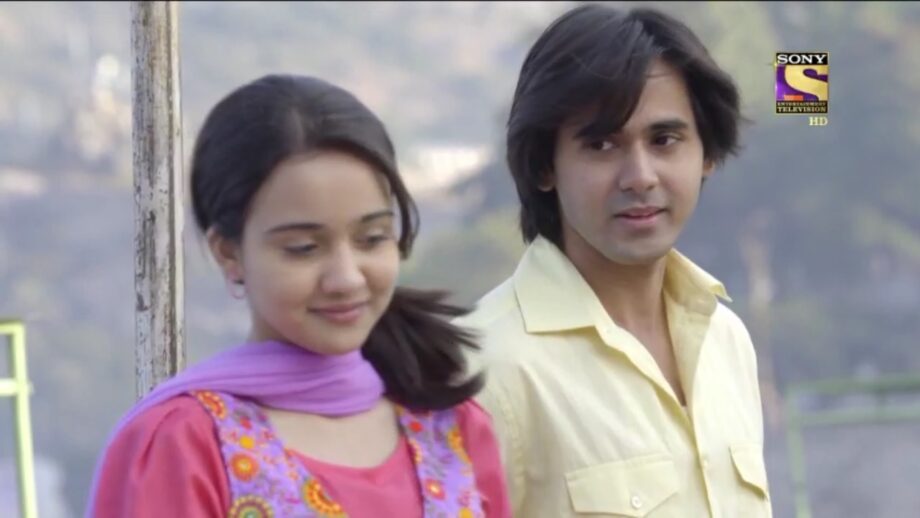 Ever since the series has gone off the air after 2 years of successful running, its audiences are missing them a lot. Let us recall the magic couple recreated in the series.

Salman and Madhuri Dixit’s ‘Hum Aap Ke Hain Kaun’ was recreated by Randeep and Ashi in the series in the Mehendi and Haldi track. They both look adorable in the get up of the veteran actors. The series’s maker opted for the 90’s look in the Shaadi ceremony which began with Naina and Sameer having Haldi. This track took the audience on a nostalgic trip.

Naina spotted looks inspired by Madhuri Dixit’s style from the movie and looks the prettiest for her wedding ceremony wearing a yellow kurta salwar similar to that of Madhuri’s attire in the movie. The makeup has also been kept minimal with the big Chandbali and open tresses side-swept. The entire look was complemented with golden jutii. Randeep playing Sameer, spots a very casual look for his Haldi ceremony, wearing white pajama, waist and the towel in which he looks like a simple guy-next-door.

There has also been a dance sequence among these ceremonies in which Naina is enjoying haldi with her friends dancing on famous numbers of the ‘90s.

On the other side, Sameer with his friend Munna and Pandit turn Haldi into the Holi ceremony by putting haldi all over Sameer and ended up tearing his shirt. Sameer (Randeep) has also posted a Thanksgiving photo on Instagram in which he thanked all of his fans for their unconditional love and support they give to the show.

Many of the pictures posted by the couple remind of the 90’s love story when confession of love used to give blush to both the genders and romancing in the other people’s presence used to make knees weak.