Devarshi Shah who was last seen in Rishton Ki Chakravyuh gets into a conversation with IWMBuzz.com on his entry in Yeh Un Dinon Ki Baat Hai. He will play the role of Raghav, who will pose to be the husband of Naina (Ashi Singh).

He recently shot for a Gujarati movie Bau Na Vichaar which did decently well in the movie screens.

He is now back to TV after a hiatus of nearly one and half years.

Says Devarshi, “Yeh Un Dinon Ki Baat Hai is an interesting concept. I was be part of a new track that has been developed. There will be lot of confusion with me coming in as Naina’s husband. The comedy of errors will be really nice to watch for.”

Devarshi played a royal young guy in Rishton Ki Chakravyuh. And for him, this character in Yeh Un Dinon Ki Baat Hai is very much different. “This is a show in a light-hearted space unlike my earlier Star Plus show. This is a different kind of part. I am back to TV after a while now. Raghav will be a very reserved guy who would be puzzled to see things happening around him. The 90’s feel in the show also gives a new experience altogether.”

Devarshi who makes small videos for YouTube is also looking out for work on the web space. “I am looking for interesting work on the web platform. But whatever is coming does not interest me, and I am waiting for what I want to do.”

Devarshi wish you all the very best for this one!! 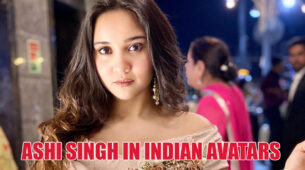 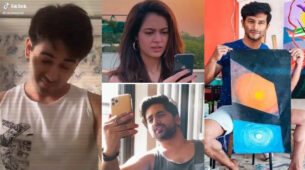 How to Style in Monotone Outfits? Learn from Jannat Zubair, Ashi Singh And Avneet Kaur