I am glad to have got the opportunity to experiment with my look in Choti Sarrdaarni: Nimrit Kaur | IWMBuzz
Subscribe Now
Television | Celebrities

Nimrit Kaur who plats Meher in Colors’ Choti Sarrdaarni talks about her varies look in the show. Read here. 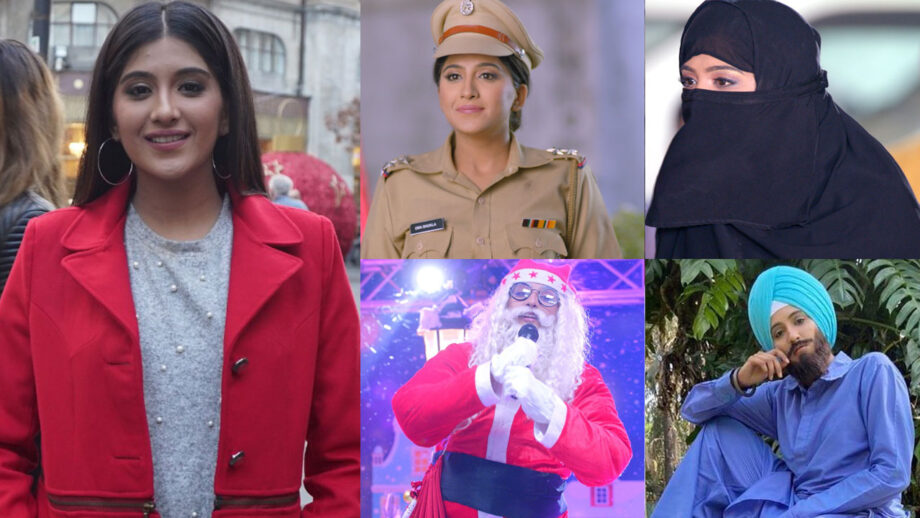 Nimrit Kaur aka Mehar from COLORS’ Choti Sarrdaarni loves to experiment with her looks both on and off-screen. Be it ethnic, western or even themed costumes, Meher has been seen donning a variety of looks on the show.

During a honeymoon track shot in Serbia, Meher chose to don slick looking, colourful winter coats resulting in a complete look overhaul. Up next, she wore the

costume of a police officer for a sequence wherein she escapes from the unlawful arrest. Meher also posed as a sardar ji when it is time to trick her own mother and help her brother marry the girl of his dreams. In the spirit of Christmas, she wore Santa Claus costume to entertain her son Param, and also put on a joker costume on her son’s school outing. Disguised in a burkha, she shot wherein she had to walk through a crowded marketplace with a bag full of gold coins.

Talking about donning multiple looks, Nimrit says, “Acting is one profession that allows you to experiment with your look. With Choti Sarrdaarni, I got the opportunity to get into the skin of multiple characters. Although sometimes it can be challenging, I am extremely happy with the results. I hope to play more such parts in the future and make the audience beam with emotions every single time.”