It is good to get compared with a popular show like Bhabhiji: Nikhil Khurana
Television | Celebrities

Nikhil Khurana, the lead of SAB TV’s show in conversation. The actor feels it is good if your show is compared with a good product.

“My show and Bhabhiji are completely different shows. However, they might get compared because these shows are produced by the same production house. I will be very happy if it gets compared with Bhabhiji because I feel it is good to get compared with a popular show. Although, both are distinctive from each other, and there is no competition. I used to watch Bhabhiji because my mom was an ardent follower of the show,” says the actor.

In the show, he is seen as the male protagonist opposite Hiba Nawab.

The actor, who has worked in Kasam and Tere Liye Bro, adds: “It is an amazing experience to work with such an amazing team. The producer, director, cast and crew anre down to earth people. Hiba is a very nice human being. I am happy to have been blessed with such a wonderful co-star.”

Talking about the show, he shares, “It is a family show. Every age group can watch it and enjoy at the same time. There is no sort of controversy or vulgarity in it. Slowly audience will connect with the show as and when the characters evolve. The characters will also become friendly with each other in the series.”

On an ending note, he says, “It is a good opportunity and I am enjoying to the core. I hope viewers also enjoy the show.”

I am grateful for all the love I get for the roles of Iqbal and Dimple Bhabhi in Maddam Sir: Ashwani Rathore

#HappyIndependenceDay: I get goosebumps every time I hear Vande Mataram: Hiba Nawab

Jijaji Chhat Parr Koii Hai is truly a roller coaster ride for the viewers, but we always try to maintain the balance of comedy and mystery tadka: Shubhashish Jha It feels like we started from where we left and these 13 years never h... It was challenging for me to play a ghost: Hiba Nawab on Jijaji Chhat... 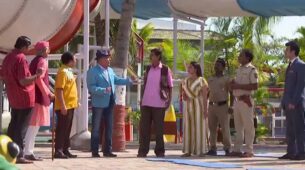 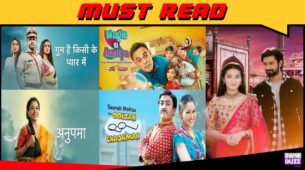 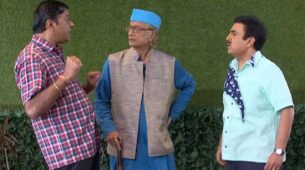 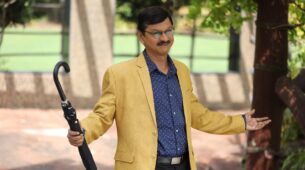