Rajit Kapur on The Return Of Byomkesh Bakshi Telecast on Doordarshan in 1993 Byomkesh Bakshi based on the novels of Sharadindu Bandyopadhyay was an instant success. It galvanized actor Rajit Kapur into instant stardom. Now it’s back on Doordarshan as a part of a package for us Indians to enjoy during this period of a prolonged lock-in.

Says Rajit, “But Byomkesh Bakshi has always been back. Doordarshan has been showing the series every two or three years for the last 25 years. It’s only because of the lockdown that this revival has suddenly got focus.”

Rajit is glad that the series is reaching out to a new audience. “I guess another generation will now watch it…..and many are watching it again.”

The actor who is known for his brilliant performances in Shyam Benegal’s films (Suraj Ka Satwan Ghoda, The Making Of The Mahatma, Mammo) recalls the halcyon days when Byomkesh Bakshi was the first telecast. “I was quite surprised by the volume of popularity that Byomkesh Bakshi gained. It was unexpected. So much so that even my chemist was shutting down by 8.30 on Thursday nights to catch telecast. I never had that kind of fan mail from across the country. Quite overwhelming.”

I asked Rajit why subsequent versions of Byomkesh Bakshi including a feature film by Dibakar Bannerjee starring Sushant Singh Rajput as the detective never gained popularity.

He says, “I am not sure. I guess the simplified storytelling of the original was unbeatable.”

Rajit says he has never been tempted to return to Byomkesh.

“Although I did make a special appearance as a retired Byomkesh in a series calling Tripling Season 2 last year,” he adds. 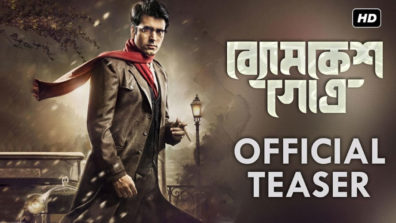 Byomkesh Bakshi brings in the thrills - this Puja 2018! 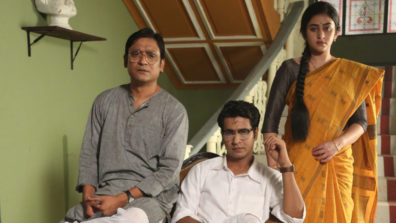