Helly Shah is a charming Indian television actress, who has a personality that anyone could fall in love with in and her acting talent is too mature for her age! Helly Shah, of Sufiyana Pyaar Mera fame, has been the talk of the town for a while now, and it’s always for all the good reasons.

She has received the Colors Golden Petal Awards in 2016, for Best Actress and ever since her debut serial on the silver screen her fan base has been hitting the roof. She started her career with Star Plus’ show Gulaal, and her life never remained the same after that. Helly Shah went on to play the super exciting character of Alaxmi in Life OK’s Alaxmi – Humari Super Bahu, and that was when she was just 16!
Helly Shah always loves to keep herself occupied with exciting projects and her next one came in the role of Ami in Khelti Hai Zindagi Aankh Micholi. After that, she appeared in Khushiyon Kii Gullak Aashi, and we must say, she has impressed one and all with her charming ways and acting skills that only a rare few could possess at such a tender age.

In 2016, she participated in the 9th season of Jhalak Dikhla Jaa and we were in complete awe of her all through the season, where her X-factor was clearly visible to her fans and millions of viewers.

She is playing the role of Saltanat & Kaaynat in Star Bharat’s Sufiyana Pyaar Mera opposite Rajveer Singh. This pretty lass has been winning hearts ever since her first role on the silver screen and has only refined more as an actress and evolved as a fashion icon since then.

Helly Shah is one of those television actresses who can make a style statement all too well and knows exactly how to dress and where to wear what! She is already showing understanding and maturity beyond her age and we couldn’t have loved her any more than we already do! 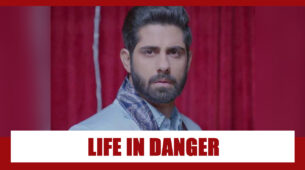