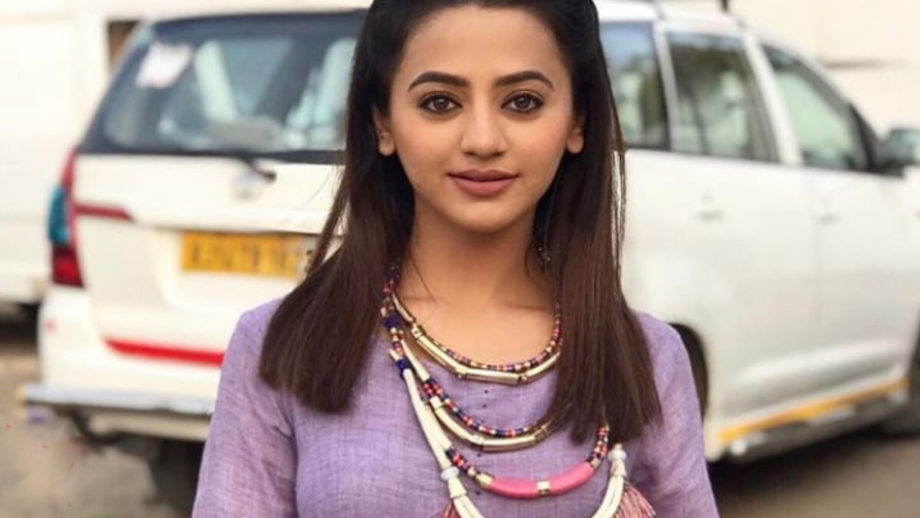 Helly Shah who rose to fame with her character of Swara Maheshwari from the serial Swaragini has done a variety of roles in numerous television series. Her kitty of characters included Talli in Star Plus series Gulaal, Alaxmi in the series Alaxmi- Hamari super Bahu, Devanshi in the serial Devanshi.

She has been featured on various Colour TV shows besides which she has also given cameo in few shows. She began her career as a child artist. Currently, she can be seen in the double role of Sultanate and Kayanat, in the series titled Sufiyana Pyar Mera telecasted on Star Bharat. She is not well and popular due to her amazing acting skills but also due to her style and fashion that she is seen in. Helly Shah is one of the prettiest actresses in the television industry, who knows how to make a fashion statement all too well! She has some amazing style files and looks books that will give you amazing styling tip or two. She is the diva who knows how to not overdo anything, be it fashion, clothing or even accessorizing and this is one of the major reasons why we look up to her for amazing style files. She has totally become an inspiration to today’s generation and her glam quotient is almost always the talk of the town. The best thing about Helly’s fashion choices is that they are both classy and gorgeous. Helly Shah is, without a doubt, one of the best-dressed women on television and an absolute trendsetter who is becoming an inspiration to all the young girls out there. Be it modern or traditional, or a fusion of the two, she carries it with grace. She is someone who likes experimenting with fashion. Her wardrobe is full of dresses that you can take cues from. Her amazing and eye-catchy style is the reason that she has over 1.8 Million fans on her Instagram and her Instagram feed is the proof of her amazing style game which is found to be on point always.