Tv Actress are seen ruling the Television screens with their beauty and acting. Let us find out who Between Hina Khan And Mouni Roy is the Real Queen of Television. Hina Khan is an Indian television and film actress. She is fondly remembered for playing the lead role of Akshara in Star Plus’ ‘Yeh Rishta Kya Kehalata Hai’ and her most recent role of Komolika in ‘Kausatii Zindagii Kay’ Her amazing acting skills and are Fashion is what makes her popular and loved among her fans. She joined a 2-week acting crash course from Amardeep Jha acting classes before joining ‘Yeh Rishta Kya Kehlata Hai.’ In 2013 and 2014, she was ranked #50 Sexiest Asian Women by Eastern Eye. In 2014, she won the prestigious ‘Dada Saheb Phalke Award’ for Best Actress – Popular. With her perfection in all the roles and her uniqueness is always seen rocking the Television screens. She grabs the attention of many with her roles and her looks. She is also seen taking part in many reality shows and performing her level best in it. Also, Hina khan with her acting skills and her style have won Many awards on Indian Television. She is a really popular and well-known actress in Indian Television. Talking about Mouni Roy she also is ruling the hearts of many with her acting and performance. She is best known for playing Krishna Tulsi in Kyunki Saas Bhi Kabhi Bahu Thi in 2007, Sati in Devon Ke Dev…Mahadev and Shivangi in Naagin. She has also played the role of Meera in Junoon – Aisi Nafrat Toh Kaisa Ishq. She is a versatile actor who can play any role provided to her with the same confidence and attitude. Mouni Roy not only through her acting but also with her style and fashion sense along with her beautiful looks grabs the attention of the viewers instantly and rules the Television screens with full passion and enthusiasm. Well, both are queens and both work in the TV industry so technical both of them is the TV queen, now the question is who do you like better…. 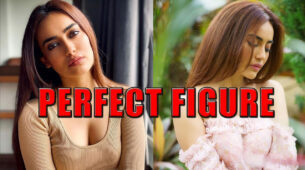