Rajveer Singh, who is playing the main lead in new Star Bharat show, Sufiyana Pyaar Mera, is hopeful of it doing well. “We have a great story. My Canada-returned character Zaroon gets caught between two women (double role by Helly Shah), one of who rejects him. The writer of this Muslim social, Danish Javed, who has also written Ishq Subhan Allah, has made every attempt possible to keep the narrative as realistic as possible, cutting down on excess melodrama.”

He adds: “The creative team has taken lots of pain to ensure that the language used is Hindustani (a mix of Hindi and Urdu), as spoken by millions of Indian Muslims in the heartland states. Also, as the show will progress, you will get to see the pomp and pageantry of several Islamic festivals, which is not widely known.”

Talking further on the writer of the show, Rajveer comments: “Danishji, who is also an educated thinker, really helped us on our way by writing all the dos and don’ts in a very detailed manner. He is making every effort to clear misconceptions regarding Islam, which are sadly prevalent in large sections of society. Another positive aspect of our show could be that we have a great cast, for example, Anand Suryavanshi plays my dad. I am just beginning to get to know co-star, Helly; she is a very good actor. At first, she did have an issue getting the ornamental language right. But over time, she has really gotten a grasp over the same. Luckily for me, I had no major issue as I have done my schooling in Hind medium, so could get the words easily. But yes, Urdu has some unique nuances, which I too had to work on.”

“Last but not the least, our story is quite different from the run of the mill romantic sagas abounding GEC TV.”

Askeabout comparisons with Ishq Subhan Allah and he says, “While certain traits might be common, given cinematic traditions, our broader stories are totally unlike each other. Also, why would anyone want to copy, as the other show is any which ways going on.”

Prior to this, Rajveer was part of Star Plus afternoon show, Kya Qusoor Hai Amla Ka. He had debuted with Star Plus’ Ishq Kills. 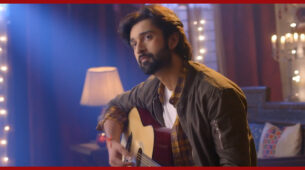 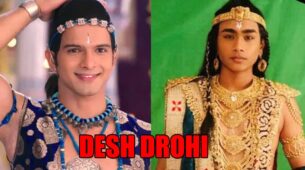