In an IWMBuzz Super Exclusive interview, Karan Oberoi speaks to us and shares his ordeal for the first time after getting out of jail Meet Karan Oberoi and you will realize how refined a demeanour he possesses. A known face among fans, Karan recently experienced hell after being picked from his home and thrown into the horrifying pits of jail for allegedly raping a woman. Karan, after battling all odds, came out clean after the entire allegation was proven to be fabricated and the woman in question was arrested.

Karan, today, is relieved, however, is in pain and trauma. He is now a symbol of how rape laws are misused in this country.

Over a late evening telephonic conversation, Karan, in his usual demure tone, speaks about the horrors of jail, need for #MenToo movement, the meaning of true friendship and more.

This is IWMBuzz Super Exclusive and his first interview to any media after getting out of jail.

How are you doing Karan and how are you feeling now?

Well, all the love and support is healing me. Also, certain things happen only because it is time for the truth to come out. So, I am glad that I have passed through all the ordeals that I did in these last few months.

It must have been really tough on you. How has the trauma been like?

It has certainly been very tough. It has been quite an ordeal task in the last one and half months for me. But this is how it is. This is a shocking reflection of the time we live in. And this brings to notice the overwhelming need for a #MenToo. The entire system needs an overhaul. The system should be so strong that it should ensure that nobody else falls into this trap. I will be the voice for others and see to it that no other human, male nor female suffers.

Who is this girl? Have you ever met her?

Yes, I have met her and interacted with her. However, I never knew that there could be a possibility of such an outcome to come out of it. As I look at it, one woman cannot be a reflection of the society. Not all males and females should be categorized in general. It is the mindset of that one individual. Where there are people like her who try to create shortcuts to loot men by misusing law, there are women like my sister, Pooja Bedi and many others who stood by me.

So what is the true story?

We were friendly with each other. And if you have closely followed the case, you will very well know that the judge admonished the shoddy way in which the investigation was held. He openly said that the guy should not have been in the jail in the first place. Well, my incident is like a case study for others. It has become a focal point and I hope no other man goes through such an ordeal. I do not mind being the sacrificial lamb and hope nothing of this sort happens to anyone else.

How is your family now?

My father was in really bad shape. My mother had been crying for 35 days. Our family comes from a rich legacy of soldiers and veterans of war. It was so saddening when my father asked this question – We are from a family of war heroes, is this the nation we have built? My grandfather was the Inspector General and my father lamented on how such an injustice could be carried out on his son. He was hospitalized for few days.  My mother just could not stop crying. The fact that their son who has never broken a traffic law and never spoken rudely to anyone was facing this, was very heartbreaking for them.

I never imagined such a thing to happen. It was completely shocking to understand that a human being would go to such a length to destroy anyone just because she did not get her way

Could you ever figure that you will be framed?

Not at all!! I never imagined such a thing to happen. It was completely shocking to understand that a human being would go to such a length to destroy anyone just because she did not get her way. After all, I am a free man and have a right to choose what I want.

What is your take on #MenToo?

I feel very strongly for #MenToo. I am a strong advocate for it, and I am not letting go off this for sure. There are two kinds of humiliations you suffer – one is the injustice meted on you and the indirect way in which your entire family suffers. We cannot allow it to continue. As a person being in public limelight, it was so humiliating to go through all this. I have to be the voice of people now. The support of my sister, Pooja and many friends has indeed pepped me up. In fact, I got strong support from people who I never knew and never met. My sister used to come to jail and read out those messages to me. I also heard about some really bad cases in jail. I came across people who have been cornered for nothing at all. How can one see such huge injustice and keep quiet? I will make sure the laws are amended. There should be gender equality for sure.

Do you think rape laws are anti male?

Absolutely. No question on that. Without any sort of protocol and without asking me any question, the cops put me behind bars. For all these years, I have never crossed any boundary. And the overwhelming support of women was evident enough of my behavioural conduct. The person tried to ruin my image in one stroke and even succeeded in it, till the truth came out. How can one be proven guilty till you are proved to be so? The rape laws are really screwed and media needs just this to sensationalize the matter.

When I was in jail going through all the humiliation, there were so many people fighting outside for me. In fact, there were people who I never knew. A movement had started. I would only say that I am blessed. The inmates in jail were taking care of me

Pooja has stood like a solid rock beside you…

Pooja epitomizes friendship like none other. She dropped everything that was happening in her life. Her daughter is abroad shooting for her first film and she was here with me, standing tall. This is friendship. She defines a friend. For me, she is my hero. I wish a friend like this for every human being.

Do you feel the need for a law to prevent #MenToo incidents?

I am going to make my voice heard everywhere. I also need support from media. I want to make the society a good place to live in for all. There should not come a day when men will be scared of talking to women. Also, this act might encourage many to make easy money. This should be condemned.

I feel very strongly for #MenToo. I am a strong advocate for it, and I am not letting go off this for sure

When you look back, who would you blame for the incident and if you could prevent something what would that be?

See, I am always the positive happy child. I only look at the brighter side of life. When I was in jail going through all the humiliation, there were so many people fighting outside for me. In fact, there were people who I never knew. A movement had started. I would only say that I am blessed. The inmates in jail were taking care of me. The consensus was that a person such as this would never be responsible for such a crime. And when I heard off their bitter stories, I decided to become their voice. I am a common man’s medium now.

Did the girl try to connect with you after you got out?

No. I only dread and fear of how evil one person can get. It is such a criminal behavior. I was really worried for the safety of my sister, my parents and friends. After I came out of jail, there was a time when my mom never allowed mee to even go down the house. She feared for my safety. I have always been a mama’s pet. She has known me as a soft person and it was very hard on her to take what was happening with me.

What lessons have you learnt from the episode?

The biggest plus lies in the people who stood for me. I am ever thankful and grateful to them. I have gotten to believe that all the kind deeds that I have done has come back to me in one way or the other. I have come out of all this unscarred. I have come out of all this to become kinder and gentler. If you have followed my social media account and realize how as a person I have been, you would understand that I have followed lot of principles all my life. I am really thankful to all the people who helped me get out of this. 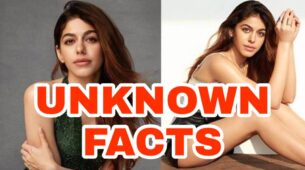 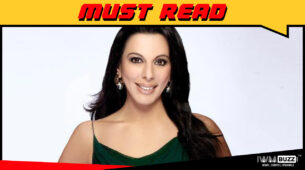 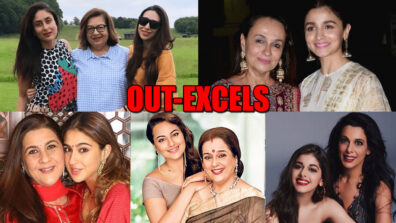