Dynamic and talented Karan V Grover, who is finishing his second film, takes the negative criticisms, which came his way as a result of quitting his last Life OK show, Bahu Humari Rajni_kanth, in his stride.  He had quit for he wanted one more go at films after his debut B Town performance Wedding Pulav went nowhere.

Unfortunately, after his exit the story about a robot wife played by Riddhima Pandit took a nose dive.  However, Karan in a conversation with IndianWikiMedia defends his quitting saying, ‘the producer (Sonali Jaffar) always knew that I had to take off for a certain number of days’.

He adds, “Furthermore, I signed the contract in June 2015, unfortunately the show got delayed and took off only late Deb 2016.  So in the end, I was under a lot pressure as dates of both were clashing. I still wanted to continue, hence asked them to give a leeway of 40 days but they were not ready to accommodate as the show was then doing well. So in the end I had to quit as I had committed to my film producers. The sad part is that in all such issues the actor is made the fall guy, no one sees his side of the story. Should I have been responsible for the film getting delayed?”

He has no idea when this new movie will release, as the final schedule is delayed.  “Films are a dicey  business at best,  you need to tick all the boxes  i.e. start the film,  complete it and yes finally get it released as well,  all of which have their own sets of challenges .”

In closing, we ask him about what went wrong with Rajni_kanth post his exit and he says, “I don’t want to comment on creative calls.”

We wish him all the luck for his future endeavours. Ananya Panday stuns in latest no make up look 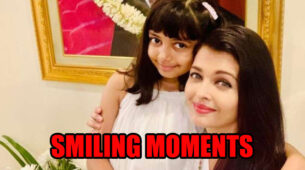 Believe It Or Not, Sunny Leone Is Obsessed With This