Daya Shankar Pandey gets talking about shedding weight for the role of Sudama in &TV’s Paramavatar Shri Krishna. Known for his incredible work across Hindi cinema, Daya Shankar Pandey has also been a popular face on television and recalled avidly for the variations he adds to each character. While comedy might be the actor’s forte, the actor has played a few integral mythological roles and is now set to make his third stint. Moving on to essay yet another diverse role, the actor will be seen essaying the character of Sudama, a firm devotee of Lord Krishna in &TV’s Paramavatar Shri Krishna shedding

Gearing up to play this role, the actor who had gained a few kilos is now on a motive to cut down the excess weight and bring about a leaner appearance and style to suit the look of his new role. The actor was initially taken by surprise with the role and found himself in a tough battle to shed all the extra weight.

Sharing his thoughts on the same, the actor said, “I had done a thorough research on Sudama and had read quite a lot about his devotion towards Lord Krishna. While researching, I also came across a few pictures and scripts that described him to be a lean and slim brahmin and at that time I realized I nowhere looked the part. Over the past couple of years, I had gained a couple of kilos and never thought that I would land up with this role.”

Shedding has never been an easier process and while most actors might resort to the new trends of Keto dieting, Daya prefers to go old school “I don’t believe in any processes that cut down on all your calories immediately. I prefer to keep the regular exercising on and keep a careful watch on what I eat. My diet is much more narrowed and filtered now and I have begun practicing Yoga too along with regular walking. I used to go to the gym earlier, but I feel the natural heat will surely help in burning those extra pounds. 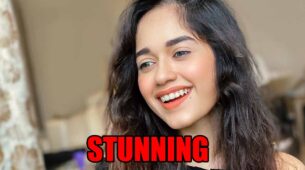